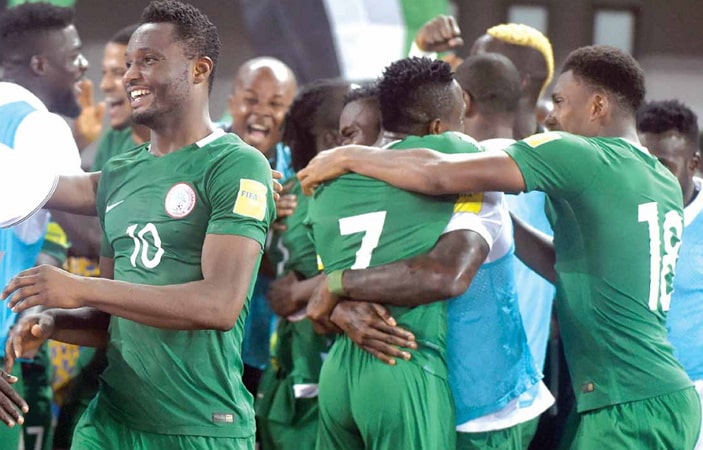 In a new FIFA/Coca Cola rankings released today, Nigeria which is now 4th in Africa retains 44th spot in the world with 1427 points as against October’s 1431 points.

Tunisia that led the continent’s teams in the last rankings dropped to second place behind Senegal, with the North African side dropping four places, now 26th in the world with 1493 points. Senegal now top the CAF teams with 1505 points and placed 23rd in the world, while Morocco rests in third place with Congo DR in fifth after garnering 1440 and 1420 points as 40th and 49th placed respectively.

According to FIFA website, “www.fifa.com’’, defeats for the leading duo in the UEFA Nations League resulted in both dropping six ranking points. Brazil, though still 50 points behind France added seven after wins over Uruguay that is seventh ranked and 55th placed Cameroon.

The rise of Kosovo (131st, up 6) was also notable as it took them to their highest position ranking to date. The next FIFA/Coca-Cola World Ranking will be published on Dec. 20.