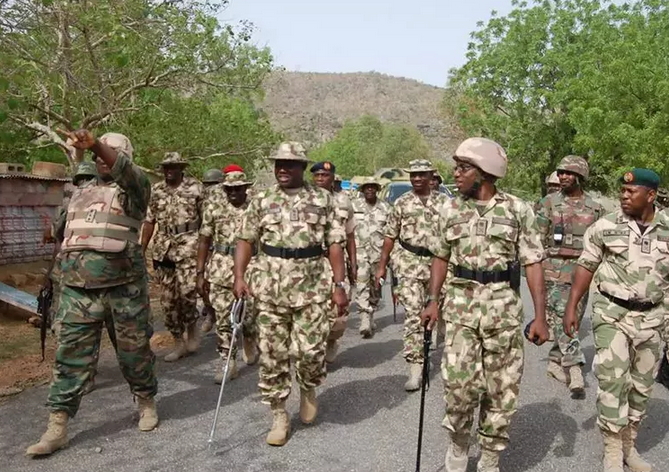 The 7 Division Nigerian Army in Maiduguri has called on the general public especially traditional rulers in Borno State to stop the use of horses as Boko Haram have resorted to it as a means of transportation.

The warning was given by the spokesman of the Division Col. Tukur Gusau at the destruction of dry fish worth millions of naira that was seized from the Boko Haram insurgents at different locations in Borno State.

He warned that the terrorists have resorted to use of horses, while calling on the general public especially traditional rulers to stop ridding on horses for the meantime, stressing that anyone found using a horse would be considered as an insurgents.

Colonel Tukur Gusau informed that the seized fish was another source of funding for the terrorists that has been truncated.

He disclosed that the seized fish consist of 2,000 cartons of smoke fish and dry meat that the insurgents carted away from innocent traders.

Colonel Gusau said; “we invited you to witnessed the burning of N2, 000 cartons and smoke fish and smoke meat, which they use in funding their terrorism.”

He explained that all revenue sources of the insurgents have been blocked both their sources of fuel supply and food.

Col. Gusau boasted that all terrorists’ logistics would be destroyed and peace restored to all areas.

The Army called on the general public to continued assistance to support “Operation Lafiya Dole” by promptly reporting suspicious movement of vehicles or persons loaded with supplies meant for Boko Haram terrorists.