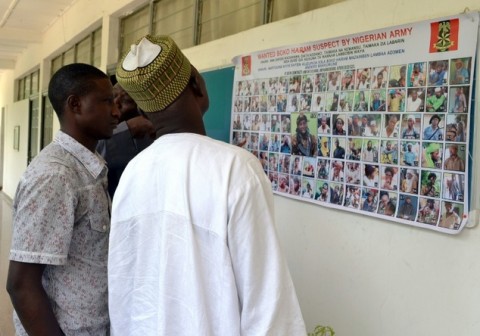 Nigeria’s army is posting a photographic collage of 100 wanted Boko Haram militants that features the shadowy leader whom they claim to have killed on at least three occasions.

The poster pasted onto walls this week includes elderly men and boys who appear to be minors.
No names are attached since most images are screen grabs from videos seized in raids on Boko Haram camps or published on the Internet by the Islamic extremists, said army spokesman Col. Sani Usman.
No reward is offered for requested information as the military hopes that people will offer information as a public service, said army chief Lt. Gen. Tukur Buratai.

The center of the collage features leader Abubakar Shekau cradling an AK-47 assault rifle with belts of ammunition strapped to his chest. 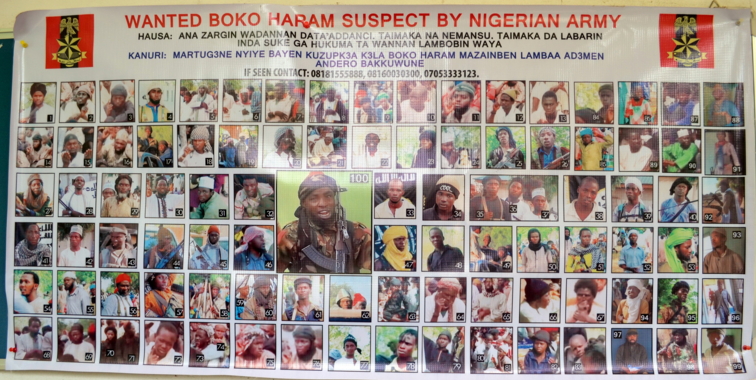 Nigeria’s military has claimed that Shekau is dead at least three times in the past three years. In 2013, Nigeria offered the equivalent of $250,000 for information leading to his arrest. The United States has a $7 million bounty on Shekau’s head.

Shekau has not appeared in a video since he pledged allegiance to the Islamic State group in March. In previous videos he has grinned and said how much he enjoys killing. 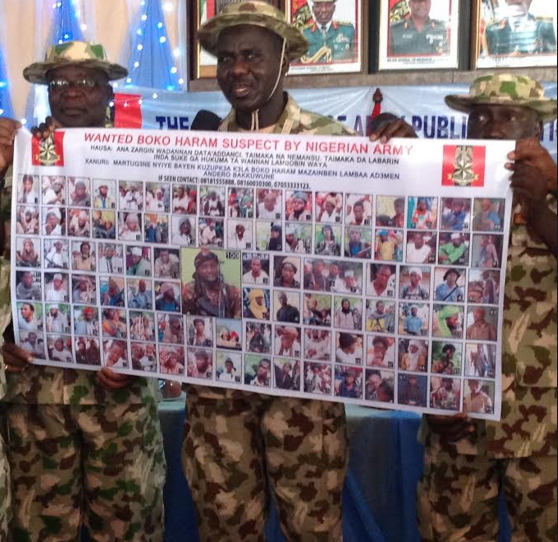 He has led the extremist uprising that began in 2009 after police, angered by Boko Haram’s beheading of police officers’ wives and children, retaliated by bombing the mosque compound of then-leader Mohammed

Yusuf in northeastern Maiduguri city. They killed about 700 sect members before capturing and killing Yusuf.

Some 20,000 people have died since then and Shekau has alienated some Jihadi groups with indiscriminate killings of Muslims and suicide bombings of mosques.

Boko Haram attracted international outrage with its April 2014 abductions of nearly 300 schoolgirls, 219 of whom remain missing.

Continue Reading
You may also like...
Related Topics:100, boko haram, most, wanted