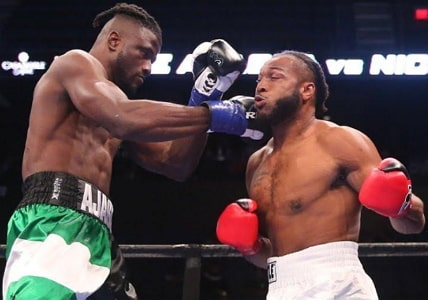 During the fight, the Ughelli- born pugilist destroyed Nick Jones with a crushing first round knockout.

Ajagba made the headlines all over the world in August when his opponent, Curtis Harper, walked out of the fight when the contest was set to begin.

Against Nick Jones, Ajagba was easily able to land his solid jab to the head and body from a good distance due to his eight inch reach advantage and he was blocking most of Jones’ punches.

Towards the end of the first round, Ajagba landed a big right hand punch that had Jones on the canvas face first. Jones was able to make the count but the referee had seen enough and called off the fight. 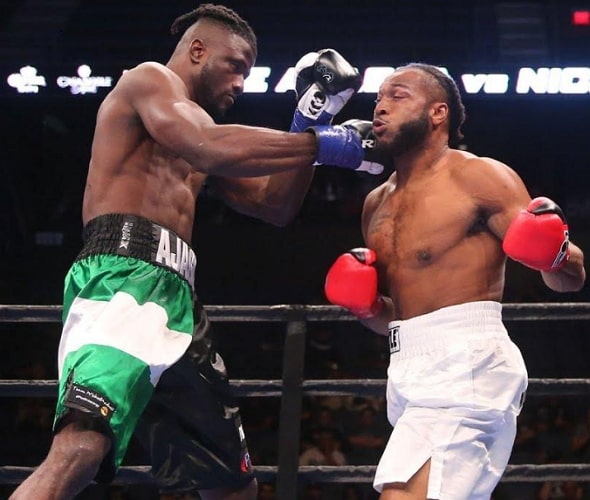 24-year-old Ajagba, who was Nigeria’s sole representative at the Rio Olympics boxing event in 2016 has now won in six of his seven fights by knockout.

Watch the fight video below