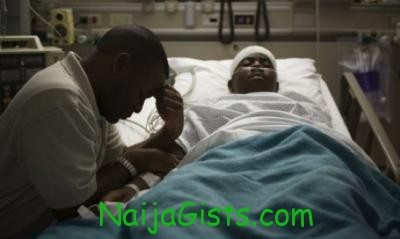 According to the daily times, the residents of Oremeji at Aradagun near Badagry, Lagos State, were shocked when Agosu, who died of an undisclosed illness last Friday in an unnamed hospital, woke up after three days in the mortuary.

Agosu’s body was deposited at the Badagry General Hospital Mortuary after he was presumed dead.

The news of his resurrection broke out on Sunday evening when his church members from Mountain of Fire and Miracles (MFM) were preparing tents for his burial ceremony.

A worker at the morgue, who requested anonymity, said he heard a dead man coughing from inside the mortuary and contacted the hospital management who then ordered a doctor to examine Agosu’s body.

Upon examination, it was discovered that he was still breathing. He was thereafter admitted into the General Hospital for further treatment.

“It is true that the man resurrected after three days in the mortuary, but he was not originally admitted in our hospital,” he said.

Olabuntu said Agosu’s body was brought from outside to the hospital morgue.