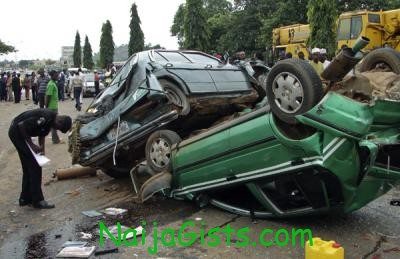 According to the Federal Road Safety Commission, FRSC, 3000 people have died in road accidents from January to December 2011 in Nigeria.

The Corps Marshal of FRSC, Osita Chidoka said the fatalities were recorded  in 2,235 separate road accidents

Chidoka further stated that most of the deaths were caused by poor response time to crash site by health care agents.

What about the unreported cases ? naijagists.com