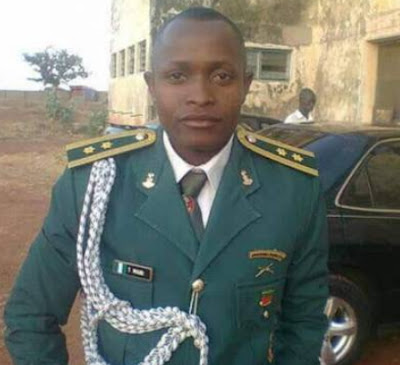 Pandemonium struck the entire city of Chibok in the restive Borno state today Sunday the 12th of November 2017 when a soldier identified as Silas Ninyo killed Captain T Mani as he was trying to disarm him while he was beating innocent civilians.

The angry soldier reportedly killed four others before turning the gun on himself.

According to report obtained by Sahara Reporter, the now late Army Staff Sergeant was among a team of soldiers led by Captain Mani to provide security in a church.

A distress call was later received that Sergeant Ninyo was attacking innocent civilians for unknown reasons near the church.

Captain Mani later rushed to the scene to free the civilians but while they were trying to stop the errant soldier, he allegedly shot Mani at close range before opening fire on 4 others and himself.

Here is the body of the soldier who killed 5 people before committing suicide in Chibok on Sunday afternoon. 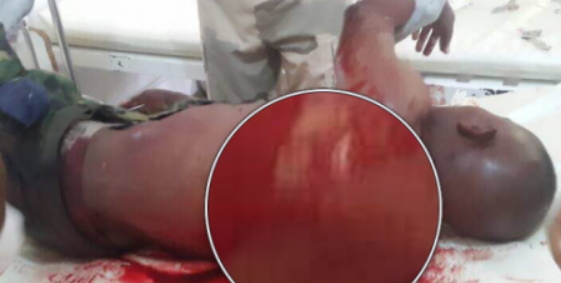 The corpses of the deceased military men have been deposited in a military hospital.