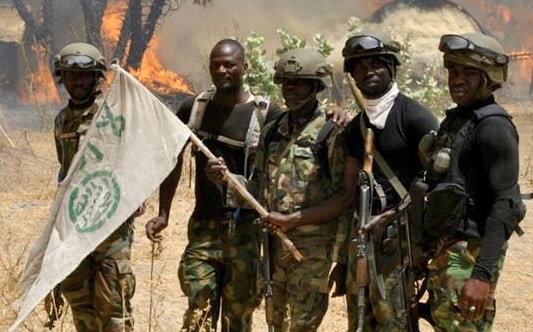 Some Boko Haram terrorists operating around Borgozo axis in Borno State suffered a major casualty on Thursday, when the Air Task Force of the Operation Lafiya Dole repelled an attack against troops.

Scores of the terrorists were killed, while two gun trucks belonging to the insurgents were destroyed.

“This was achieved on when Nigerian Air Force (NAF) Jets and a helicopter gunship were scrambled to provide close air support to ground troops as they repelled a BHT attack on the location”.

It added that, “the aircraft, upon arrival overhead the target area, tracked and engaged 3 of the BHT gun trucks that were involved in the attack. The BHTs moved the vehicles under some trees, while some of the fighters alighted the vehicles and attempted to escape into the surrounding bushes. The attack aircraft engaged them, scoring accurate hits on 2 vehicles, which were seen engulfed in flames, and neutralizing some of the fleeing terrorists.

“The NAF, operating in concert with surface forces, will sustain its efforts to completely destroy all remnants of the terrorists in the Northeast”.