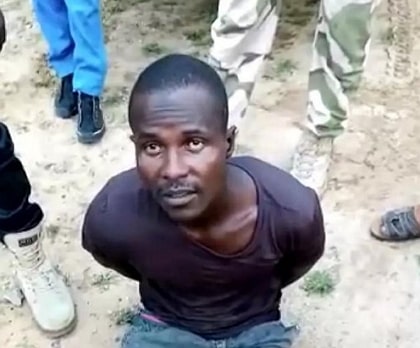 One of the most wanted Boko Haram Commanders launching attacks in Borno State has been arrested.

His arrest alongside with nine other members of the group occurred at Pulka in Borno State during a clearance operation by the Army and the Civilian Joint Task Force on the 9th, October 2019.

A statement by the military reads that “gallant troops of the Nigerian Army working in conjunction with members of Civilian Joint Task Force on clearance operations on 9 October, 2019 arrested 10 members of BHT in Pulka Borno State.

Bukur was earlier sighted in a video where he confessed to have participated in many dastardly attacks of the group including the sacking of Bama town in Borno State four years ago.