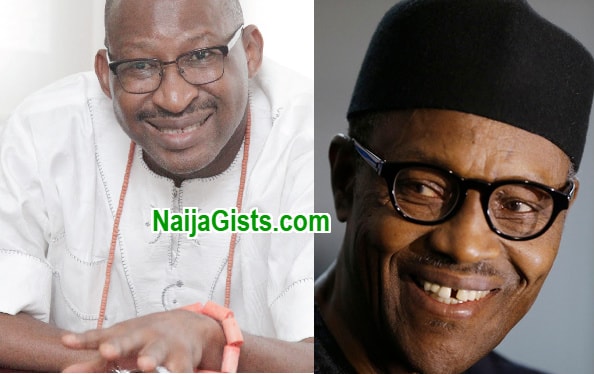 President Muhammadu Buhari is not a run-of-the mill politician steeped and mired in the wired acrobatics of political gerrymandering. He is certainly not a politician of the Nigerian pigmentation.

His exceptional politics is rooted in the military discipline that he has brought to bear in the articulation of his peculiar dispositions. He is an avatar who embodies truth and integrity. He is thus under intense pressure to provide a leadership that is consistent with these values and virtues in a social order that is fundamentally corruption-prone.

His first outing as military head of state from December 31, 1983 to August 27, 1985 presented a man that is rigidly committed to his beliefs, which essentially shaped and defined his leadership genre at that intersection. We have not forgotten how he dealt with corrupt Second Republic politicians who had looted our public treasuries at the different levels of government.

The politicians were not the only ones that were at the receiving ends of Buhari’s campaign for a better Nigeria. The entire citizenry was compelled by the government to embrace his regime’s War Against Indiscipline (WAI).

That historical development would later work against him in his presidential bids in 2003, 2007 and 2011. Paradoxically, in 2015, it worked propitiously in his favour and cascadingly redounded in victory because at that juncture, the vast majority of Nigerians wanted a strong and committed leadership with capacity to do things differently and redirect the ship of state away from eschewable cataracts and icebergs in the destination of a greater and better nation. Buhari has created the impression in people like me that he knows what he wants; that he knows the trajectories to chart both in and outside government.

He is unpretentious and restricts himself to his forte. Unlike some leaders who deployed the tool of dissimulation and polemics in public administration and shifted the goal posts several times in the course of their political transition programmes, Buhari is always sharply-focused on points he has promised to engage with from the outset of his endeavours. At the outset of his electioneering, he was very specific about instilling discipline in public administration and fighting corruption, a promise he has so far lived up to.

The fight against corruption is an all-encompassing enterprise. Corruption is a behemoth, which apparently has the capacity to fight back. But, Buhari is prosecuting the fight systematically even if the gradualist approach is yet to inflict maximum collateral damage on corruption and those that worship in its odious pantheon. The president must be commended for not giving up to the overwhelming nature of pervasive corruption in government. It can be frustrating if only one man‘s commitment is being referenced in the fight against corruption.

While he is digging in his feet in the anti-corruption fight, he is making his positive moves in the other sectors of the political economy. For instance, his unexpected huge gambits on June 6, 2018 when he took the nation by storm with his announcement of June 12 as the nation’s Democracy Day and the national honours conferred on the symbol of the June 12 struggle and custodian of the annulled pan-Nigerian mandate, the late Chief Moshood Kashimawo Olawale Abiola, are confirmatory of my asseveration.

I do not sympathise with the opposition elements, especially the Peoples Democratic Party (PDP), which had in its usual perfunctory and obviously bland reactions, sans constructive alternatives, gone to town to adduce vote-catching in the southwest as the essential motivation for the presidential gestures. They must be derided as they did, in fact, succeed in depositing this writer in a state of kookaburra for reducing to vote-catching, the significant effort by the Buhari presidency to show fidelity to the social contract in a sui generis way designed to meet the age-long yearnings of the Yoruba and other progressive sane Homo sapiens.

By the sheer magnitude of that political correctness, which, to my mind, is tantamount to a tsunami, the president has inflicted a collateral damage to the opposition’s overall electoral calculations and permutations to lock in the votes of the southwest zone ahead of 2019 presidential election. It is quite understandable that the PDP has not yet recovered from the crushing defeat that Buhari handed down to its presidential candidate, former president Goodluck Jonathan, in the zone in the 2015 presidential election.

In 2015, it took the political savvy and coruscating brinksmanship of Asiwaju Bola Tinubu, the oracle of Nigerian politics and generalissimo of Southwest politics to deliver the Southwest zone to Buhari and the All Progressives Congress (APC). Tinubu successfully sold the candidature of Buhari to the Yoruba, latching on three foibles of the PDP-led Federal Government: corruption, insecurity and crumbling economy. To retain the support of the Yoruba, a lot more would need to be done.

One of them is the recognition that June 12, Abiola and human rights activist, the late Chief Gani Fawehinmi has been accorded. I can assure the Yoruba of the Southwest with aplomb that President Buhari is ready to meet their other aspirations, especially restructuring of the federation. Buhari is calculative and bidding his time, just the way he has taken positive actions on the June 12 issue. This is just his third year in the saddle.

Whereas, the PDP-led Federal Government had all of 16 years to revisit the June 12, 1993 presidential election annulment and deal with its ramifications and had all the time in the world to move government in the direction that Buhari has just taken to make some atonement on behalf of the nation for the June 12 debacle, it failed abysmally and catastrophically to act. Methinks exasperation and exacerbation have set in and the discombobulated opposition camp is irredeemably overwhelmed and macadamized by the positive actions of the Buhari presidency.

For me, I consider these actions by President Buhari to be in apple-pie order against the backdrop of more than two decades agitational remonstrations for the consummation of this long-overdue political correctness. Buhari has seized the big stage by declaring June 12 as the nation’s Democracy Day. His posthumous national honours of Grand Commander of the Federal Republic (GCFR) award to Abiola and Grand Commander of the Order of Niger (GCON) award to Gani Fawehinmi cannot be faulted in the circumstance of our current politics.

By this audacious move, he has soothed frayed nerves of critical stakeholders in Nigeria and given a democratic sop to the Mephistophelian and Machiavellian Cerberus of yesteryears, especially the Southwest geo-political enclave, whose belief in the sanctity of the June 12 is impeccable. The international community which strives to align with global best practices in the management of public and political administration must be enamored by Buhari’s sense of fairness. As a matter of fact, the president’s actions say loud and clear that there is limitless capacity by government to do much more good in the national interest.

It takes patriotism and pertinacious political will to pull this through. Who would have thought Buhari would be the one to profoundly right the wrongs that the military, his constituency, committed by the hands of Gen. Ibrahim Babangida, whose regime masterminded the dastardly act? Interestingly, the Gen. Babangida administration toppled Buhari regime in 1985. It is a notorious fact that outside power, Gen. Babangida had continued, until Obasanjo stepped in as president, to exercise strong influence on successive military regimes, including those of the late Gen. Sani Abacha and Abdulsalami Abubakar, under whose suzerainty Abiola died in the custody of the Federal Government and under whose command Gen. Olusegun Obasanjo was anointed and enthroned as president on the PDP platform.

Obasanjo and those he installed as his successors did nothing about June 12. Buhari has dismantled the culture of silence on the issue to the discomfiture of the PDP and the leaders that failed to correct past wrongs and mitigate their consequences. If the Yoruba will consider Buhari’s positive actions in the consideration of where to direct their votes in 2019, the APC shall be grateful on behalf of President Buhari.

About the author: Patrick Obahiagbon, a former member of the House of Representatives, writes from Benin.

Obasanjo Should Be Jailed, He Arrested Many Of Us – Oshiomhole Talks Tough As Abiola Children Accuses Ex-President Of Betrayal
APC Sends Strong Warning Message To Okorocha “Stop Attacking Our Party”