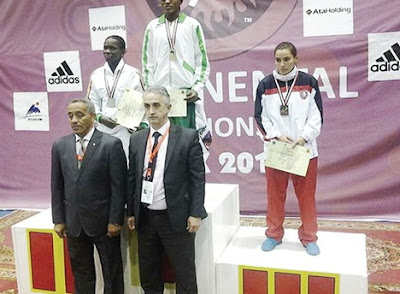 Nigeria’s team to the 2015 African Wrestling Championships in Alexandria, Egypt are expected back in the country today.

The wrestlers won eight medals (2 gold, 2 silver and 4 bronze medals) at the championship which is expected to come to an end today.

18 wrestlers represented Nigeria at the championship, although 17 year old Bose Samuel who was expected to compete in the 48kg was ruled out after sustaining a knee injury during training.
The gold medals were by Blessing Oborududu (63kg), who won her fifth straight African title and 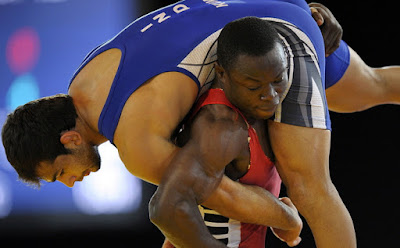 Soso Tamara (86kg) and Ebikewenimi Welson (57kg) won bronze medals in freestyle, while Emmanuel Nwori (75kg) and ituru Oke (66kg) also won bronze medals in Greco roman.
President of Nigeria Wrestling Federation, Hon. Daniel Igali who led a 25-man delegation to Egypt had informed SportingLife that the African Championship would afford the federation the opportunity to gauge the wrestler’s preparedness for the All Africa Games (AAG) which comes up later in Congo Brazzaville.

“Since wrestling was left out of last edition of the All Africa Games by hosts Mozambique, we are really looking ahead to compete in this year’s edition. The African Championships will no doubt afford us the avenue to prepare them for the Games,” Igali told SportingLife.

Continue Reading
You may also like...
Related Topics:medals, wrestlers