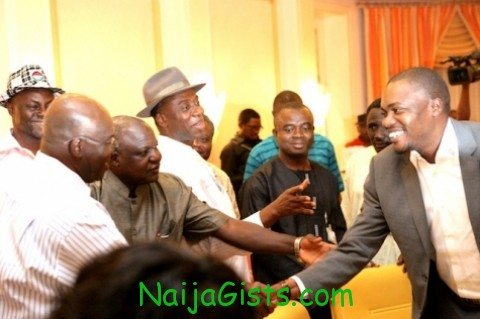 The organized protest called by NLC and TUC against the removal of oil subsidy by the government of Nigeria has been called off, and workers advised to resume back to their places of work immediately. In a press statement signed by the President of the two labour group, they hinged their decision on the interest of national survival and the need to save lives. naijagists.com

In the past eight days through strikes, mass rallies, shutdown, debates and street protests, Nigerians demonstrated clearly that they cannot be taken for granted and that sovereignty belongs to them.

In the last twenty four hours, the Labour Movement and its allies who had the historic responsibility of coordinating these mass actions have had cause to review the various actions and decided that in order to save lives and in the interest of national survival, these mass actions be suspended.

We note the major successes Nigerians scored in these past days in which they rose courageously as a people to take their destiny in their hands.

First, the Federal Government that chorused continuously that its decision to increase petrol (PMS) price to N141 is irreversible and irreducible, was forced to announce a price reduction to N97. We however state categorically that this new price was a unilateral one by the Government.

Secondly, Government has been made to adopt the policy to drastically reduce the cost of governance.

A third major success Nigerians recorded is to get the Federal Government to decisively move against the massive and crippling corruption in the oil sector.  While until now Government has seemed helpless to tackle corruption, the mass action of the people has compelled it to address accountability issues in the Sector.  In this wise, President Goodluck Jonathan has told the nation that the forensic audit report on the NNPC will be studied and proven acts of corruption will be sanctioned.

He also promised that accountability issues and current lapses in the oil sector will be speedily addressed including the passage of the Petroleum Industry Bill (PIB).

A related success of the mass action by Nigerians is the vow of Government to bring to justice all those who have contributed in one way or another to the economic adversity of the country.

The Labour Movement commend Nigerians for their resolve to change the country for the better and we shall take advantage of the Government’s invitation to further engage on these issues.  This is in line with Labour’s resolve that the oil industry is too important to be left in the hands of bureaucrats, and that we have the patriotic duty to ensure that Nigerians get the best from this natural resource.

The least we owe our compatriots who have become martyrs in the patriotic struggle to reassert our sovereignty and ensure good governance is to remain steadfast and unbowed. Labour reiterates its demand that those who perpetuated violence against unarmed protests should be brought to justice.

With the experiences of the past eight days, we are sure that no government or institution will take Nigerians for granted again.

In view of the foregoing, Labour and its allies formally announce the suspension of strikes, mass rallies and protests across the country.  We demand the release of all those detained in the course of the strikes, rallies and street protests.

Keziah Jones Ties The Knot With Smooth FM’s Hauwa Mukan
2nd Epistle According To St. Jonathan To The People Of Nigeria