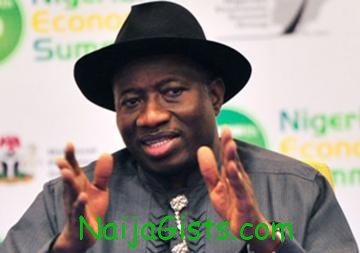 Below is the Presidential Address On The Implementation Of The Deregulation Policy In The Downstream Sector Of The Petroleum Industry, Sunday, January 15, 2012 naijagists.com

1. This is the second time in two weeks I will address you on the deregulation of the downstream petroleum sector. In the last seven days, the nation has witnessed a disruption of economic activities.  Although, the economic imperatives for the policy have been well articulated by government, the Nigerian Labour Congress (NLC) and the Trade Union Congress (TUC) went ahead to declare a nationwide strike.

2. There was also near-breakdown of law and order in certain parts of the country as a result of the activities of some persons or groups of persons who took advantage of the situation to further their narrow interests by engaging in acts of intimidation, harassment and outright subversion of the Nigerian state. I express my sympathy to those who were adversely affected by the protests.

3. At the inception of the deregulation policy, Government had set up the Justice Alfa Belgore Committee to liaise with Labour and other stakeholders to address likely grey areas in the policy, but despite all our efforts, Labour refused the option of dialogue and also disobeyed a restraining order of the National Industrial Court of Nigeria.

4. However, following the intervention of the Leadership of the National Assembly, and other well-meaning Nigerians, Labour accepted to meet with government, but this yielded no tangible result.

5. It has become clear to government and all well-meaning Nigerians that other interests beyond the implementation of the deregulation policy have hijacked the protest. This has prevented an objective assessment and consideration of all the contending issues for which dialogue was initiated by government. These same interests seek to promote discord, anarchy, and insecurity to the detriment of public peace.

6. Government appreciates that the implementation of the deregulation policy would cause initial hardships and commends Nigerians who have put forth suggestions and credible alternatives in this regard. Government also salutes Nigerians who by and large, conducted themselves peacefully while expressing their grievances. Let me assure you that government will continue to respect the people’s right to express themselves within the confines of the law and in accordance with the dictates of our democratic space.

7. Government will continue to pursue full deregulation of the downstream petroleum sector. However, given the hardships being suffered by Nigerians, and after due consideration and consultations with state governors and the leadership of the National Assembly, government has approved the reduction of the pump price of petrol to N97 per litre. The Petroleum Products Pricing Regulatory Agency (PPPRA) has been directed to ensure compliance with this new pump price.

8. Government is working hard to reduce recurrent expenditure in line with current realities and to cut down on the cost of governance. In the meantime, government has commenced the implementation of the Subsidy Reinvestment and Empowerment projects: including the Federal Government- assisted mass transit programme which is already in place, and job creation for the youth.

9. Furthermore, the legal and regulatory regime for the petroleum industry will be reviewed to address accountability issues and current lapses in the Industry. In this regard, the Petroleum Industry Bill will be given accelerated attention. The report of the forensic audit carried out on the NNPC is being studied with a view to implementing the recommendations and sanctioning proven acts of corruption in the industry.

10. Let me assure Nigerians that this administration is irrevocably committed to tackling corruption in the petroleum industry as well as other sectors of the economy. Consequently, all those found to have contributed one way or the other to the economic adversity of the country will be dealt with in accordance with the law.

11. My dear compatriots, I urge you to show understanding for the imperatives of the adjustment in the pump price of petrol and give government your full support to ensure its successful implementation. I further appeal to Nigerians to go back to work and go about their normal duties as government has made adequate arrangements for the protection of life and property throughout the federation.

12. Government will not condone brazen acts of criminality and subversion. As President, I have sworn to uphold the unity, peace and order of the Nigerian State and by the grace of God, I intend to fully and effectively discharge that responsibility.  Let me add that we are desirous of further engagements with Labour. I urge our Labour leaders to call off their strike, and go back to work.

13. Nigeria belongs to all of us and we must collectively safeguard its unity.

14. Thank you. God bless the Federal Republic of Nigeria.