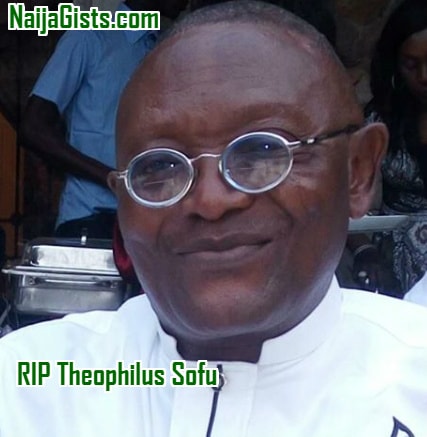 An asthmatic man, Mr. Theophilus Olurotimi Shofu, has died after some policemen abandoned him on the road. The deceased was alleged to have died after some policemen on ACME Road, Ogba, Lagos State stopped him on July 11. It was further alleged that the victim repeatedly begged the police to allow him to go, because he was heading to the hospital, but they refused. 63-year-old Shofu was said to have had a crisis and collapsed at the feet of the policemen. Rather than rush him to hospital, the policemen bolted, leaving him on the road, struggling to breathe and live. The policemen were alleged to have flagged down Shofu for breaking traffic law.

“I wish my husband could come back to life right now, walk through the door with a smile on his face and a bounce to his step,” Lara cried.

“It is meant to be. I would have loved more time to grow old with you, but I believe God has a reason for taking you the way he did, when he did. I will forever cherish each day I got to spend with you, and live each day with the knowledge that you are in a better place,” she added.

“My brother’s death was not expected to happen. We have to live with it. Like now, we are burying him and after that, we take life as it is.

The post-mortem and autopsy have been done. He was asthmatic and he had attack while driving, and before he could be taken to the hospital, he died.

“We will miss his gentleness and meekness. He was a fine man and a gentle soul. He was quiet to a fault and he served. He was in the medical line and there are so many people he had saved medically.

The deceased worked at NNPC from 1984 till the time he died.