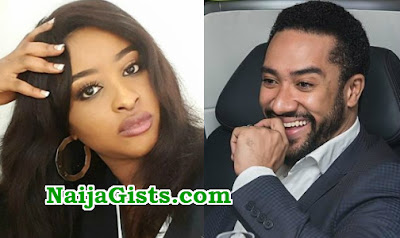 One of the fast rising actresses that will possibly have a break this year is Etinosa Idemudia. With her movies such as Mentally, Ajuwaya, Stormy Hearts, and Blind Spot to mention a few, the sky is the limit for the thespian.

In this chat, the Edo State-born actress, who dumped engineering for movies, talks about her journey into Nollywood and how she’s waiting for the right man.

Tell us about yourself

My name is Etinosa Idemudia. I am a Nollywood actor and I am also an online comedian, a comedy content provider, I make skits. I am a graduate of Computer Engineering from Covenant University. After my first degree, I did a diploma course in acting at Royal Arts Academy and I started my Nollywood journey in 2016.

What do you like about the character you played in your last movie?

The movie was ‘The Blind Spot’. Oh my God… we shot the movie a long time ago, and I have shot other movies I can’t remember their titles. Basically, it’s something different from what I have done before or ever, and the director pushed me into a physical and emotional point, that really I am proud of. About the character, she had a free, wild spirit about her that I have as well. They were trying to bring it to me so I enjoyed playing the character.

It hasn’t been long you joined the movie industry, has it been difficult getting the scripts?

Tell us about growing up, were you born with a silver spoon?

Was I born with a silver spoon? Maybe, maybe not. My parents were the kind of people that, even though, they didn’t have much, they never let us know. So, in our minds, we had the best of the best, we were like top of the top, but we never knew that our parents had challenges. However, after a while, money started coming in. So, I can say I come from an average background.

Were you an introvert or extrovert?

I was everywhere, a small rat disturbing the whole place. I went to school very young. At seven, I was in JSS 1, so I was like the tiniest person everywhere, and all the big boys were my friends. In fact, I was a pain in the ass when I was young.

Are you married or single?

Are you in a relationship right now?

No relationship for now, I am waiting for the right time and the right person.

Who do you have a crush on in the entertainment industry?

That would be Majeed (Michel)! I have huge crush on Majeed, but it would be a professional crush; I won’t even say it’s like romantic, because if I go on a date with Majeed, I may be bored.

If you and Majeed are behind closed doors, what will you do to him?

I will just tell him how amazing he is (laughs). I will worship him for two minutes like ‘oh my God, Majeed! Oh my God, Majeed!!’ And then I will hold him, so that will be it. Kissing between a man and a woman behind closed doors would not be the first thing on my mind, I will be like, ‘how did you get into this character?’ I will be like Elisha, saying, ‘give me that your anointing, I want it’. Aside Majeed, there is someone else, though I won’t say if it is romantic (crush) or anything, but he is so fine, his skin is flawless, I am crushing on his skin.