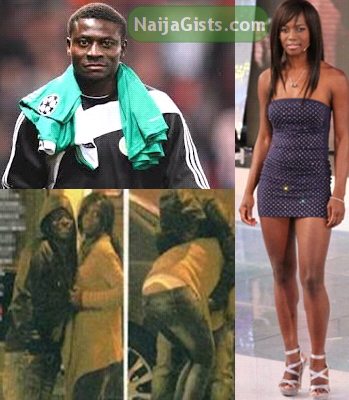 The alleged lovers were spotted few days ago in a romantic setting.

Mario Barwuah Balotelli is an Italian footballer who plays as a striker for Manchester City Football team based in Manchester, United Kingdom.