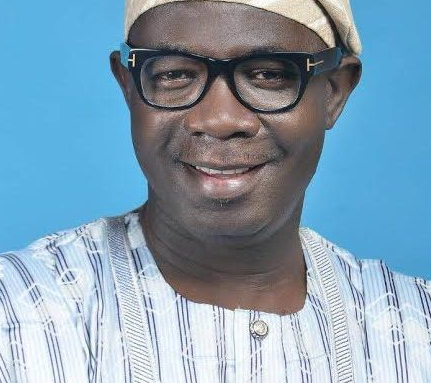 Several days after the six abducted students of Lagos State Model College, Igbonla, in Epe area of the state regained their freedom, facts have emerged about the true circumstances of their release. Addressing the media after the pupils regained their freedom penultimate Friday, the Lagos State Commissioner of Police, Mr. Fatai Owoseni, had claimed that the pupils were rescued by policemen, adding that no fewer than 20 suspected kidnappers were killed during a gun battle with the criminal elements.

However, a senior security source privy to how the schoolboys’ freedom was secured has revealed that the pupils were released by the kidnappers to the Ondo State Government after intense negotiation with them.

It will be recalled that the six pupils were kidnapped by suspected militants on May 25, 2017, who kept them for 65 days before they were released.

A few hours after the news broke on July 28, 2017 that the pupils’ freedom had been secured, Owoseni addressed a late night press conference with information that his men played the most significant role in securing the pupils’ release.

It was gathered that Owoseni did not mention the role played by Ondo and Delta states, led by the deputy governors of the two states, Mr. Agboola Ajayi and Mr. Kingsley Burutu Otuaro respectively, let alone credit them with risking their lives to ensure that the pupils were reunited with their parents. 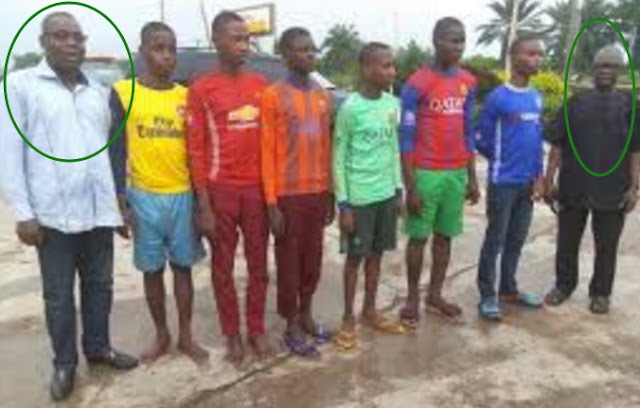 Owoseni had said: “The militants, during the encounter, also tried to steal some police and naval gunboats. On the 18th of July, the kidnappers tried to ambush the police and marine post in one of the communities in Ondo State and take the gunboat. 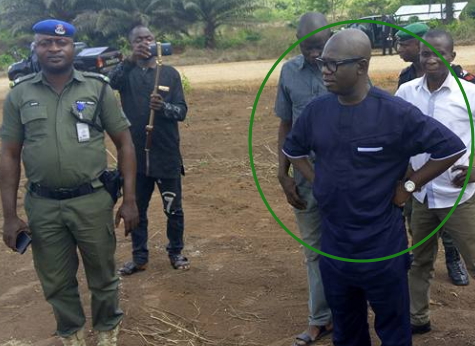 “The attack was led by the kingpin within that axis, Bright Dabo Adeniye and Oniwe Iyelabi, popularly called America, were killed.

“Adeniye, who led the abduction and his 16-gang members were the first group to meet their waterloo during encounter with our men. Iyelabi, popularly called America, died during the encounter with the police.

“That led to the Acting President, Yemi Osinbajo, reassuring the parents recently that the children would be rescued alive.”

Owoseni’s narrative on the release of the schoolboys drew the ire of the senior security source, who described the CP’s account as self-serving, unbelievable and spurious.

Although the state government has been silent on its role in the release of the kids, security sources praised the efforts of the Ondo State deputy governor and his team for staying for about four nights in the inclement weather of the creeks to persuade the kidnappers release the pupils.

He said before the pupils were released, the militants contemplated releasing them and abducting the Deputy Governor for higher ransom until they negotiated amnesty with the state government. One of the militants was said to have suggested that the government could pay N2 billion as ransom if the school children were released and the deputy governor abducted.

The source said that Ajayi and his Chief of Staff, Mr. Donald Ojogo, and an ex-militant, who was the link between the militants and the government, went into the creeks on the order of Governor Rotimi Akeredolu (SAN) to negotiate with the abductors on the release of the six pupils. 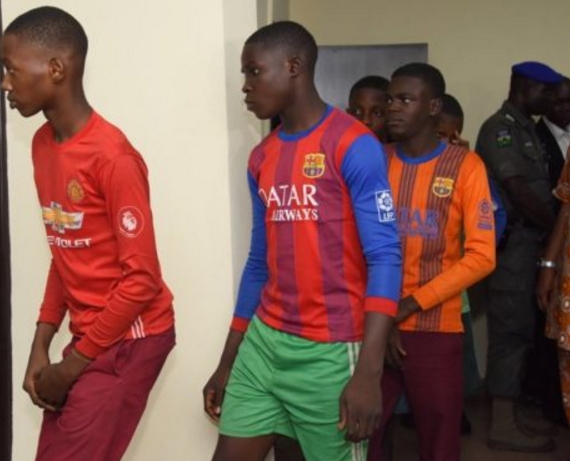 Giving details on how Ajayi risked his life to enter the creeks in spite of security advice against it, the source said the Commander of the Forward Operational Base of the Navy insisted on escorting the team to the creeks with gunboat. But the militants had warned that they would kill the children if they saw any security personnel in company of the negotiation team.

The Navy Commander said it would be suicidal for him to allow the number two citizen of the state to travel to the creeks without security details.

The source said it was the assurance given by the deputy governor that made the Navy Commander to allow him to travel without any security escort. The Navy and the security details of the Deputy Governor had to stay at Igbokoda in Ilaje Local Government Area for the three-man team.

The source said the team traveled for over five hours in the creeks before the militants appeared to them. He said it would have been suicidal if they had gone with security men as the militants encircled them when they got to the creeks between Ajakpa in Eseodo and Ugbonla in Ilaje.

He, however, said the militants negotiated with Ajayi that they should include them in the amnesty programme of the Federal Government, before the school children were released to the government delegation.

His word: “I want to tell you between man and God that no ransom was paid as far we are concerned here. I don’t know where the issue of fresh N5 million ransom came in.

“They also warned the government to evacuate all the gunboats of the navy and the police from the waterways in Lagos, Ogun and Ondo states.

“They spoke with the Deputy Governor in pidgin English. They told him they were indigenes of Ondo State and they wanted to be included in the amnesty programme of the Federal Government.

“They said if the government included them in its amnesty programme, they would drop their arms and leave the creeks. The government did not pay a dime as ransom. Anybody that is saying they paid is not being truthful. It was after their release that the security agencies were informed.

“It got to a stage that the deputy governor gave himself up in exchange for the children. This was just after he was asked to raise up his hands in symbol of absolute surrender to the militants in their territory.”

An impeccable source revealed to The Nation that the deputy governor of Delta State and his wife, who hails from the area, intervened to convince the abductors to drop their arms and release the kids.

It will be recalled that the states in the South West had earlier met at a meeting in Abeokuta, the capital of Ogun State, on Monday, July 24, 2017, to discuss matters of interest, including the worsening security issues in the zone.

Rising from the meeting, the governors vowed to work together on security issues affecting the zone. The release of the boys, it was gathered, was a fallout of the meeting.

Contacted, the Lagos State Police spokesman, Olarinde Famous-Cole insisted that the police were fully involved in the rescue operation.

He said: “From inception till their release, we were involved and we are glad we got them back to their families.”