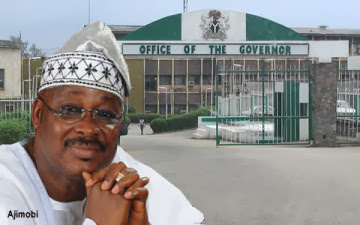 Today was a sad day for all the political appointees in Governor Ajimobi‘s administration. They got the shock of their life on Monday morning during an exco meeting at his office.

They were all handed letter terminating their appointments with immediate effect.

According to sources, none of his political appointees got a hint of their fate until Ajimobi made the shocking announcement.

In a statement signed by the Director of Cabinet in the Oyo State’s civil service, Dotun Omokemi, Governor Ajimobi confirmed the sack.

It was a total purge as all members of the state cabinet, including the secretary to the state government, Akin Olajide; Chief of Staff, Adeolu Akande; all the commissioners as well as special advisers were affected, leaving only the governor and his deputy, Moses Alake Adeyemo, behind.

While thanking them for the services they rendered, Mr. Ajimobi directed all the sacked commissioners to hand over to the permanent secretaries in their various ministries.

Ajimobi said he made the decision in order to allow more qualified people to serve Oyo State better.