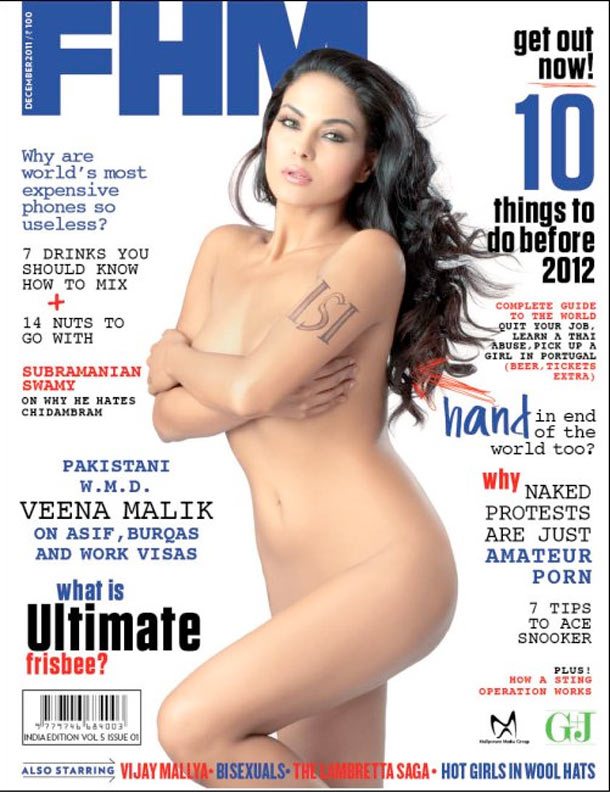 33 year-old Veena Malik, a Pakistani Actress is in hot water over a nude photo shoot she took for FHM india‘s December edition.

After the release of the magazine yesterday, angry Pakistani protester are calling for her head. The tension caused by this uproar made Veena Malik to deny any nude posing claiming it’s doctored. naijagists.com

We guess Veena feared for her life. Do you believe the above picture’s retouched or doctored in anyway?