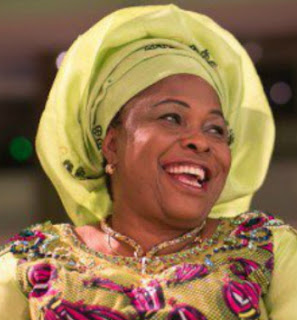 3 unregistered companies, one of which got N300 million contracts, are allegedly owned by former First Lady Patience Jonathan.

The firms are Euroricia Concept Limited, Pasturage Vert and Mabelt Construction Limited, according to the Economic and FIancial Crimes Commission (EFCC).

Mrs Jonathan is under probe for allegedly using one of the firms to secure contracts from the Nigeria Prison Service (NPS) for the fencing of Kuje Prison and supply of beddings to some other facilities.

Funds were also allegedly diverted from the Ministry of Niger Delta Affairs and the National Information Technology Development Agency (NITDA) to the “bogus” firms.

The EFCC has released Mrs Jonathan’s sister Esther Oba after interrogation. She was arrested last week at the Nnamdi Azikiwe International Airport in connection with alleged laundering of over N359, 397,458.26 through two firms linked with her sister.

Her passport was not returned to her to restrict her movement to the country pending the conclusion of the investigation.

A source close to the latest findings said: “Contracts were given to companies owned by her but not registered.

“Our detectives went to the Corporate Affairs Commission (CAC), searched the database and discovered that these companies were unregistered.

“The companies are Euroricia Concept Limited, Pasturage Vert and Mabelt Construction Limited. Funds were diverted into these companies from some government agencies, including the Ministry of Niger Delta Affairs, the Nigerian Prison Service (NPS) and the National Information Technology Development Agency (NITDA).”

The EFCC believes that Mrs. Jonathan used one of the companies to get an unspecified amount of money for a project named Rural Information Technology Centres across the country.

The NPS could not defend some of the N300m contracts given the firm.

EFCC investigators are to interrogate Mrs. Jonathan in connection with alleged laundering of over N359, 397,458.26 through two firms.

She is expected to explain how she came about the management of N42million in Finchley Homes Limited.

“We are probing some of the assets of Esther Oba and we may approach the court to place all these assets under Interim Assets Forfeiture in line with Sections 28 and 34 of the EFCC (Establishment Act) 2004 and Section 13(1) of the Federal High Court Act, 2004,” the source said.