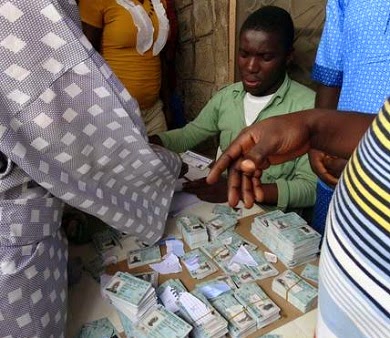 Lagos chapter of APC has issued an alert that some senior officials of INEC has met with some key PDP leaders in Lagos for the purpose of perfecting plan to rig Saturday’s election.

The party says that the Chairman of INEC, Prof. Attahiru Jega is by this release put on notice that some of his officials are being induced by the PDP to manipulate the coming Saturday’s election in Lagos.

“As it becomes obvious to the PDP that its desperate measures to force Lagosians to vote for it have failed, the party has resorted to the last ditch tactics of buying and compromising electoral officers to rig for them. We challenge PDP to deny this insidious plot to meet with senior INEC officials so as to induce them with the free money the PDP has been desperately using to buy and procure all manners of pseudo support to its crumbling dreams for re election.

“As its efforts to bribe traditional rulers, traders associations, Igbo groups, Afenifere, OPC to support it have failed to move the determined resolve of the good people of Lagos to end the woe-laden regime that has pauperized and despoiled them, the PDP has resorted to indecent and clandestine meetings with electoral officers with a view to compromise them to tilt the outcome of the coming elections in their favour. We want to let them know that we have details of their clandestine movements and that Lagosians will frustrate them as they have done all the strings of desperate moves by the PDP to con their support.”

The party further said: “We task Prof. Jega to closely monitor the activities of the men he sent to Lagos, in view of this release as we will furnish him with details of the officials involved in this plot against the will of the people of Lagos. It is just too natural to see why PDP desperately wants to manipulate Lagos as the grand failure of the gargantuan bribery, vote buying, PVC mop up, inciting gun totting hoodlums to protest, embarking on a mad, primitive Zander foolish war with APC posters all over Lagos, with tacit support of the police and other security agencies have rather worsened the bad case of the PDP in Lagos.

“Lagos APC charges Lagosians to be watchful and alert and report to the party the clandestine moves by the PDP to rig the coming election. We urge a Lagosians to stand firm and frustrate any effort by the PDP and its agents to steal and divert their votes during Saturday’s election. We want to remind Lagosians that these last minutes to the dawn of the badly needed change Nigerians have yearned for requires a heightened degree of vigilance as the PDP, worked up by the prospects of defeat, tries every crooked means to manipulate the election.”