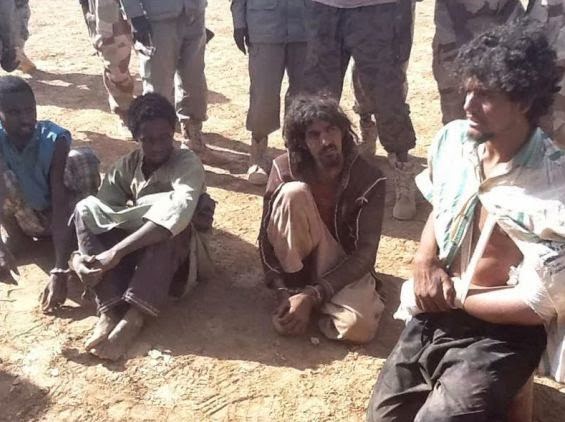 Pictured above are some Boko Haram gunmen recently arrested by the military in Borno State.

One of the witnesses, Ahmed Magem took to Twitter to show the faces of the 2 foreigners among them.

Another source said they are both ISIS militants sent from Syria to empower Boko Haram.