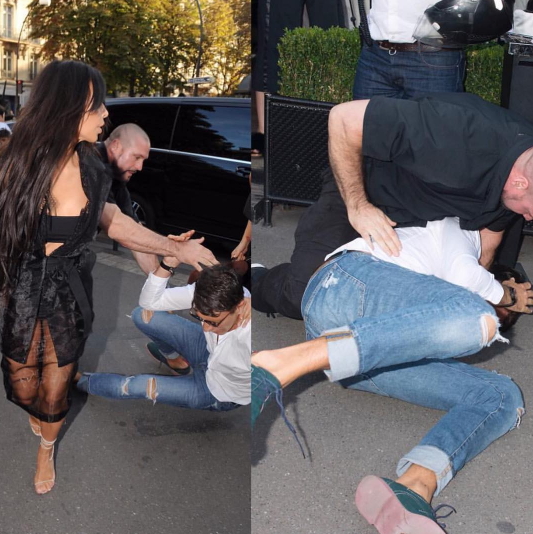 Ukranian prankster, Vitalii Sediuk who is popular for attacking celebrities on the red carpet has come after Kim Kardashian again.

Unlike his past attacks on the reality TV star, Kim K got right back at him today the moment he succeeded in kissing her butt.

The mother of two was heard calling him motherf**k** before her security guard tackled him. 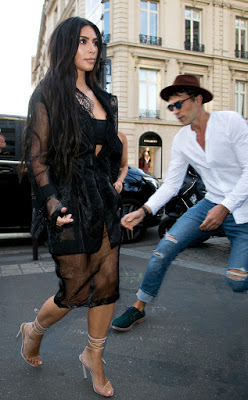 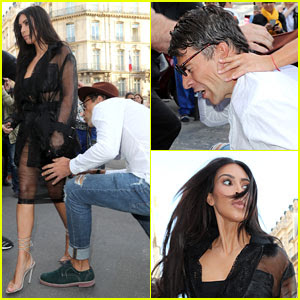