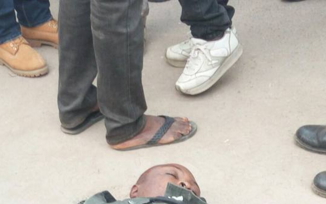 A mobile policeman identified as Sergeant James Steven has ended his own life.

He was attached to a hotel in Ketu Lagos before he lost mental balance while under the influence of alcohol and weed.

According to an eyewitness who broke the story on Facebook yesterday, Sergeant James was attached to a hotel in the area to provide security for the yuletide season but on boxing day, he decided to indulge in alcohol but allegedly lost control in the process.

He reportedly opened fire on other fun seekers, after killing 3, he turned the gun on himself.

Hear what a witness said on FB:

“I was at the point where the incident occurred this evening. God knows what transpired between those three boys and the Mopol. While the other were watching he shot the other two and then he sprayed bullets as if he was at the war front. He later shot himself.”

The tragedy has been confirmed by Lagos Police PRO, Joe Offor.

See graphic photos from the scene of the incident..VIEWERS DISCRETION IS STRONGLY ADVISED 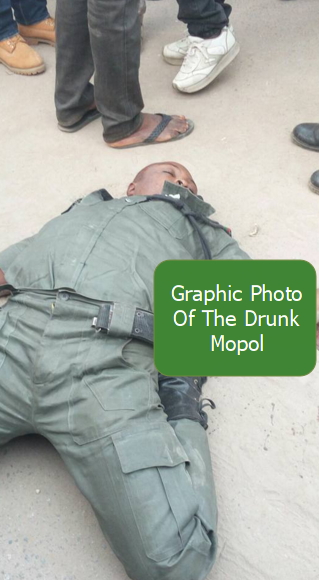 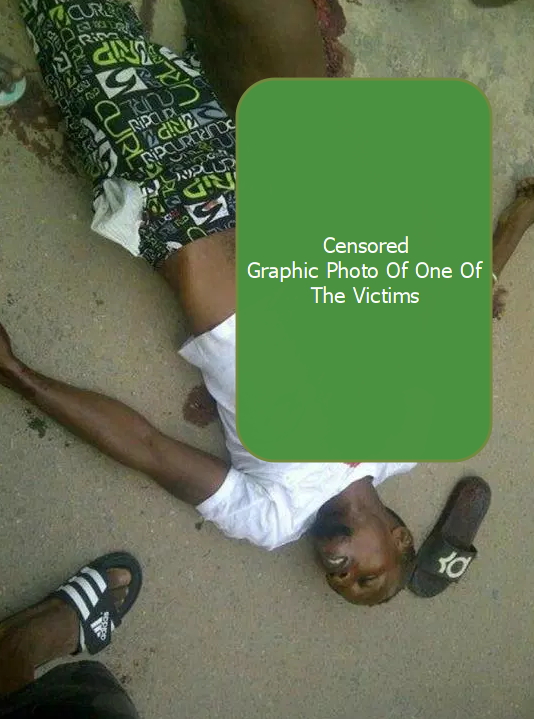 Top 10 Unfulfilled 2015 Prophecies About Nigeria, How Popular Nigerian Prophets Got It Wrong
Rev Ejike Mbaka: My Visit To Buhari Biblical, Yes I Gave Bibles & Anointing Oil To The First Lady