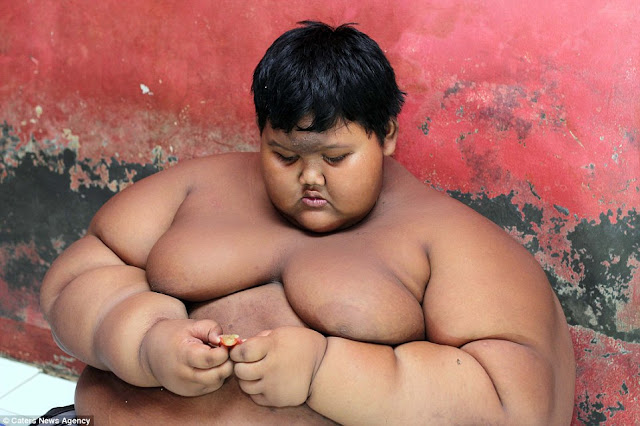 Indonesia doctors are now afraid that the obese child may die if not put on a crash diet.

His mother, Rokayah said he has dropped out of school because he is unable to walk 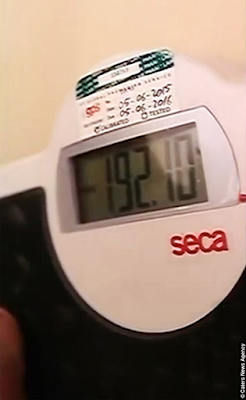 His daily routine: Eat, play games and swim. Check out his photos 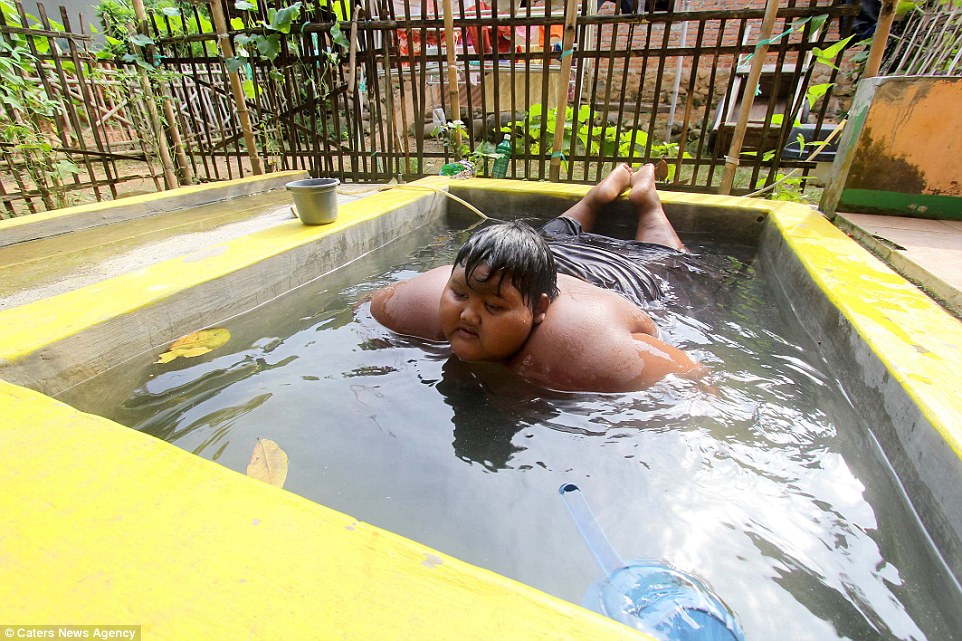 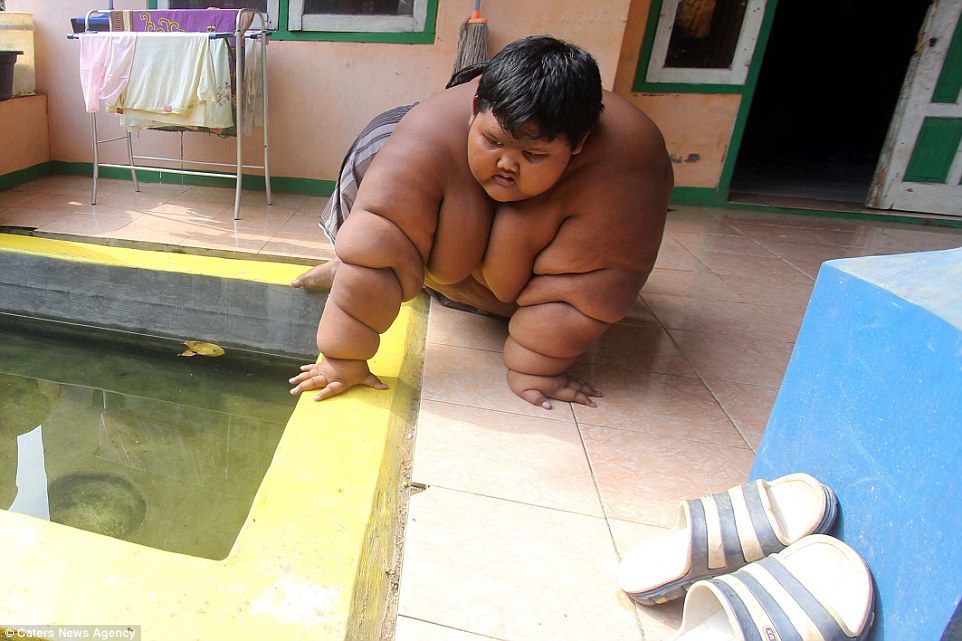 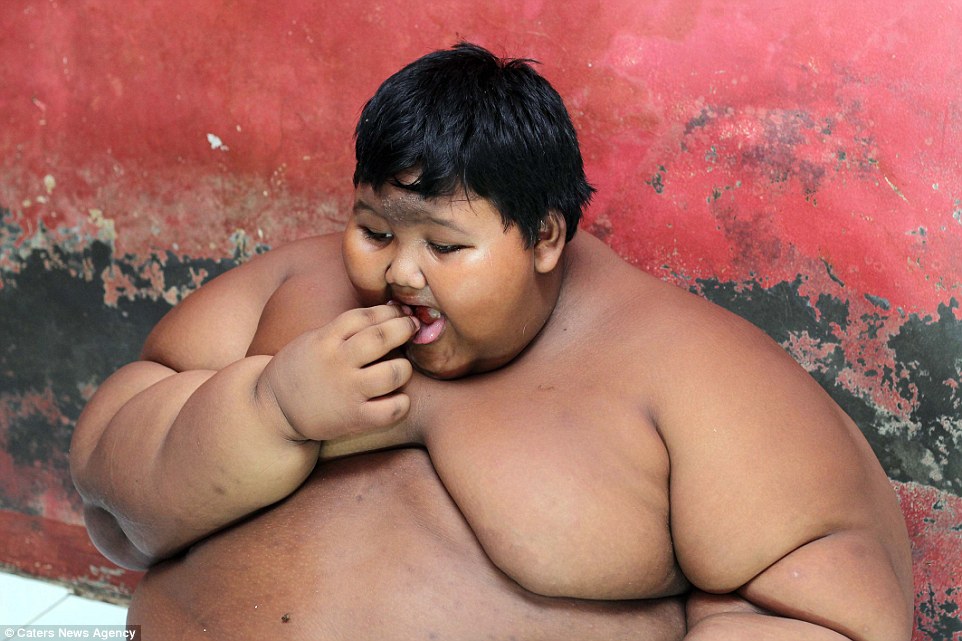 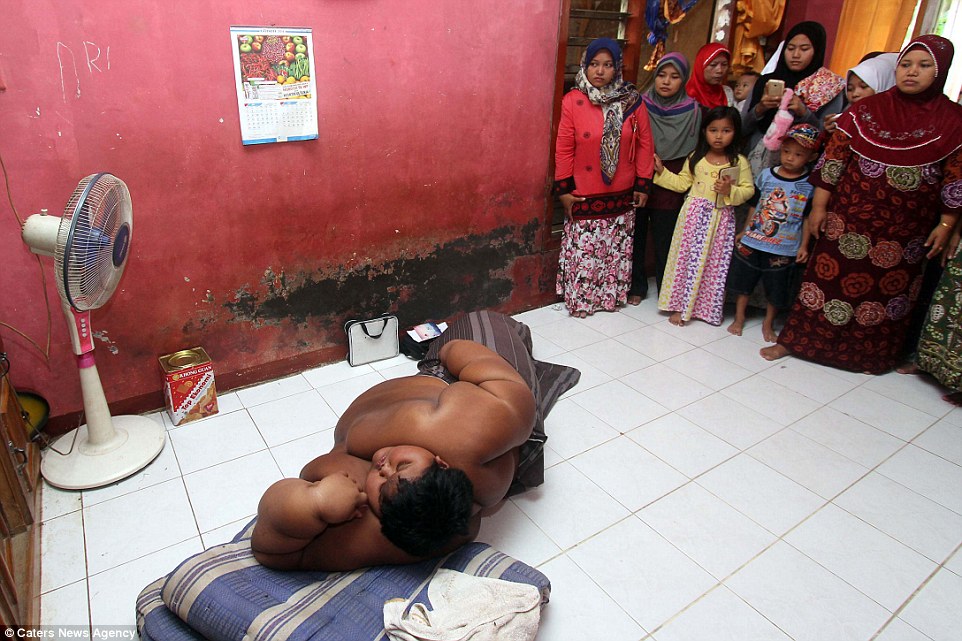 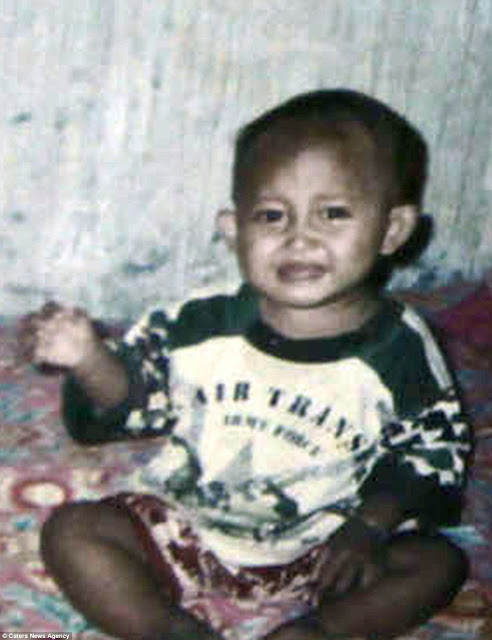 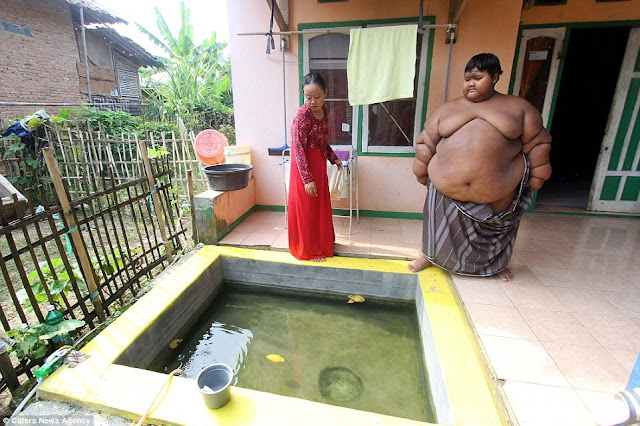 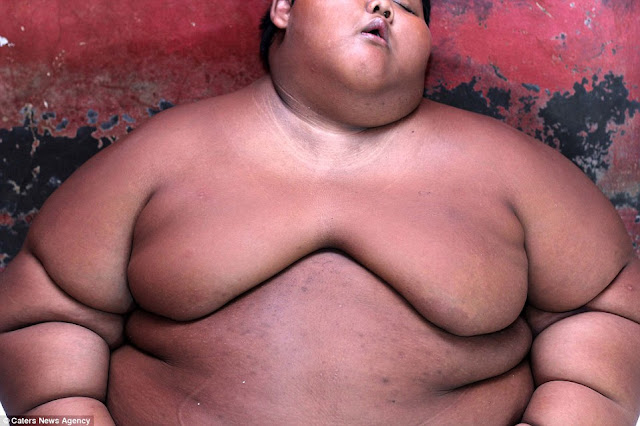 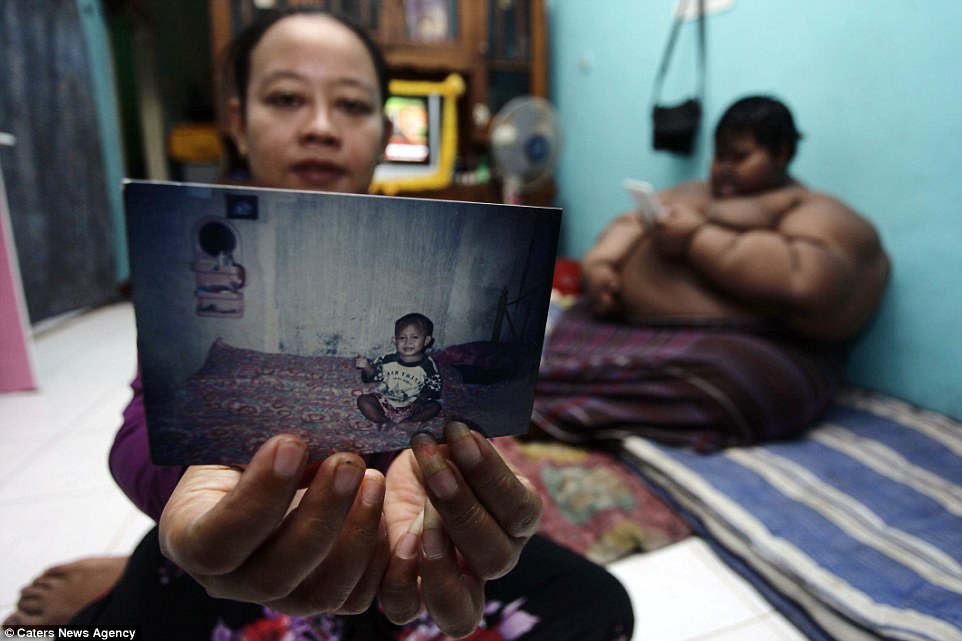 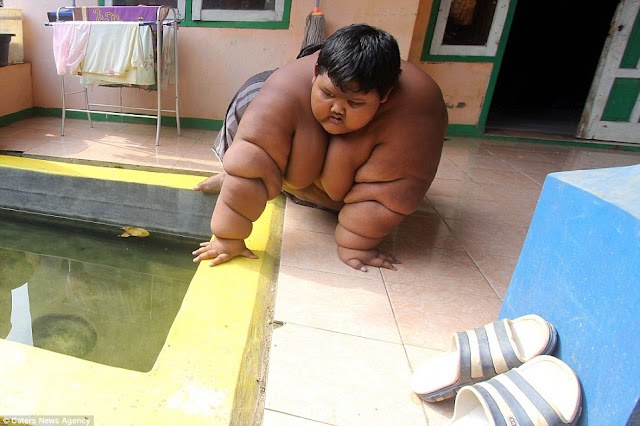 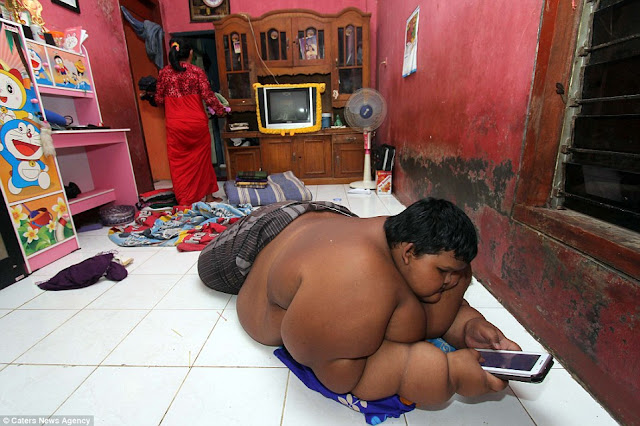 16 thoughts on “Photos: The Fattest Child In The World Arya Permana Now Weighs 192Kgs At Age 10”