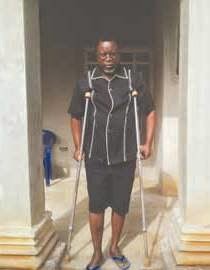 A Kano-based Igbo Chief Christian Ojimba who survived a suicide bombing attack carried out by Boko Haram at a Government college in Kabuga Kano back in September has recounted his ordeal on the day of the attack.

“It was a very serious attack and an unexpected one. Before the attack on our school, Boko Haram terrorists had attacked Kano State Polytechnic inside the city centre, with the new strategy of using female and male teenagers, who they arm with bombs. In broad-day light on Wednesday, September 17, our school, the Federal College of Technology, Kano, was attacked.
That day, I didn’t have lectures, but, in my usual way, I had to go to school, because I am very friendly with my students. 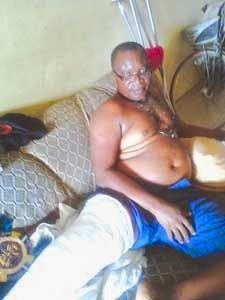 I am always in my office to solve their problems because I love my students. I must say that I had premonition which, if I had heeded, I wouldn’t have been involved in the attack. One, I didn’t have lectures; two, when I got to the school gate, I discovered my office keys were not in my bag; three, my wallet containing my identity card, driver’s licence and other important documents was not with me. But when I got to the office, my colleague had already opened the door with his own key. If the door had been locked, I would have gone back home.

I stayed in the office, Room 78, upstairs at the new site of School of Arts and Social Sciences, FCE, Kano. Around 1.15pm that day, I heard the sound of multiple bomb explosions at close range. Before you knew it, there was pandemonium. Students and staff were running helter skelter for their lives. On noticing this, I came out of my chair to check what was happening and what I saw was the Boko Haram people wielding AK-47 guns shooting sporadically and directly at everyone at sight. Downstairs, they had killed one of our lecturers, Dr. Thomas Kayode Ajamu from Ogbomoso, Oyo State. Dr. Ajamu, a former Head, Department of Christian Religious Studies, CRS, was buried that same week.

So when I came out of the door, there was no way to pass. Dead bodies littered everywhere because this attack happened at the prime-time for lectures.
Before the attack, I have reason to believe terrorists came on surveillance. Several male teenagers came visiting our offices in pretence that they were begging for money. The one that came to my office said, teacher good afternoon, please I am going to the hospital, I am not feeling too well, but I don’t have money for transportation. Even though I don’t understand Hausa very well. I replied him in Hausa, that I forgot my money at home, that there was no money on me, and he thanked me and left.

My office is located on the first floor of a one storey building, so, I couldn’t jump down. I saw students jumping down, some got injured, while others didn’t. What I did was that I hugged a pillar from the first floor, trying to come down through it. So, when students noticed I have created an escape route, many joined me and it was in that process that there was a stampede. I fell down and couldn’t move because the long bone joining my right knee got broken and shifted out of its socket.
I was trapped. I couldn’t run because a Boko Haram man was just a stone throw. So, I told myself, ‘to God be the glory, God receive my soul in heaven’. There was no escape, the man was directly shooting sporadically at any person in sight. He was shooting directly at both the young and old. They didn’t spare young boys and girls who came to the school to sell groundnut and pure water. All of them where shot dead.

At the end, there was a massive attack, many people were killed, several others were wounded. The big testimony of it all, was that the Boko Haram man was standing on me, while shooting at others. When I saw him I played dead. I remembered when I was in Alvan Ikokwu College of Education, Owerri, in 1984, there was this lecture we had then on self-defence mechanism. I remembered the lecturer told us how to escape if we were in situations like this. So, that knowledge came into me. Another thing that came into my mind at that critical moment was that I remembered that I and my wife had been praying and fasting against gun shots, bomb blast.

At the Boko Haram man stood on me as if I was a dead victim, I didn’t know how God seized the pains I was going through as a result of the broken knee bone and also my breathe was also seized.

Few minutes later, the man left me and was walking away towards the school gate. At that same time, there was one of the female lecturers in my department who was finding her way out with four others. The man spotted them and asked them to say their last prayers. While they put their hands up to say the prayers, the bomb the man had on his body blew him up.

Shortly thereafter, a security guard came to me and asked me to stand up, stand up, but I told him I couldn’t, that my leg was broken. He tried to pull me but it was not easy because I was bigger than him. He managed to pull me to hide behind a door inside a class. There too, I also played dead because the sound of gun shots was still raging.

Some minutes later, I peeped from the door and saw some policemen inside the school. I was in dilemma as to whether to call them to come and help me or not, because, sometimes, these Boko Haram people dress in police and military uniforms. Everybody had vacated the school premises, nobody knew I was behind the door writhing in pains. I said if the policemen were not authentic security agents that means I am gone, because there was still sound of gun shots.
God receive my soul

I said within myself, if they were genuine policemen, I have a testimony to tell, but if they were fake, God receive my soul. So, I summoned the courage and called them, ‘Officer, officer, please come and rescue me’, and they said ‘who are you?’ I introduced myself as Chief Ojimba of History Department of the college. I told them I fell from upstairs and my leg was broken.
It was then that they mobilised other soldiers. They asked for my ID card. I told them I left it at home.

They didn’t believe me and threatened to kill me. I said I couldn’t stand up, my leg was broken.
I said they could waste me but I was a lecturer in the school and they could confirm by going to my office at room 78. I said they could see my two phones and a new laptop in the office. Yet they didn’t believe me, so, they ordered me to pull-off my shirt and singlet which I did. They further asked me to pull-off my trousers and I cried to them that my legs were already swollen and my bones broken and I could not. In harsh tone, they warned that if I fail to obey their instructions they will shoot me. After doing that, they also asked me pull-off my short, which I did and was stark naked.

Well, one shouldn’t blame them, because they were actually doing their job. They wanted to confirm if I was not one of the terrorists, and was not concealing any bomb in me. When they noticed I was stark naked and nothing was on me, they instructed me to put on my clothes. Then, they rescued me out of the place. An Assistant Superintendent of Police, ASP, that came with the team, an elderly man like myself, carried me on his back, with three other soldiers carrying my swollen right leg to the waiting school ambulance. I cried like a baby, as I was taken to the Murtala Muhammed Specialist Hospital, Kano. I have never cried like that before all my life. It was then that they brought out dead, Dr. Ajamu of the Department of CRS. He was shot inside his office, because the Boko Haram people went to offices, classrooms and toilets shooting anybody at sight.

I stayed at the specialist hospital with my broken leg inside Plaster of Paris, POP, for about a week. But I must confess that I was impressed by the way our school’s governing council, the school management, students, staff unions, friends and relations rallied round me while I was hospitalised.