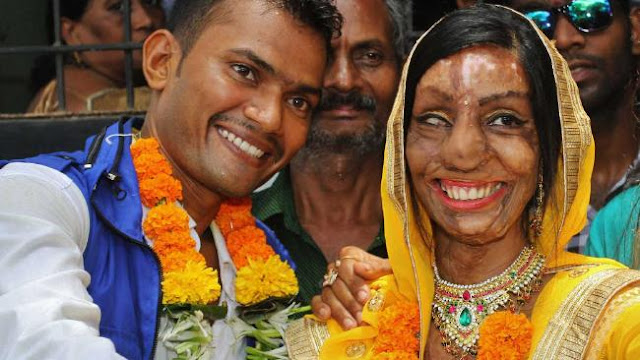 Meet Lalitha Bansi, a 26-year-old Indian lady whose life took a downward turn in 2012 when her cousin poured acid on her over minor family dispute.

After 17 surgeries with 12 more to go, Lalitha met 27-year-old Ravi Shankar at a function organized by Saahas Foundation on behalf of acid attack survivors.

He agreed to pay for her surgeries in the future and promised to marry her.

The couple tied the knot in Mumbai this past Tuesday.

Here is what the blushing groom said on their wedding day:

Shankar who owns a petrol pump in Ranchi city,  Jharkhand province also works as a CCTV operator at a private firm in Kandivli.

See photos from their wedding ceremony 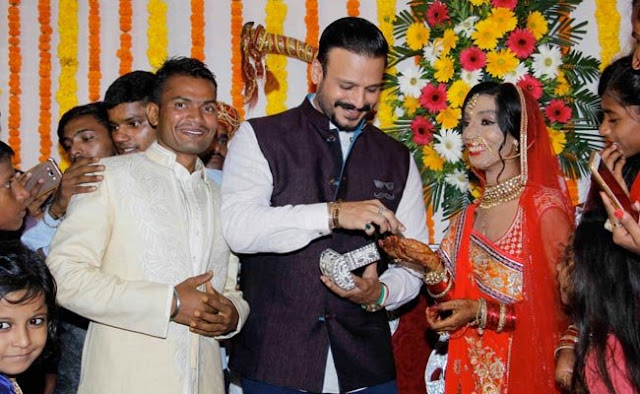 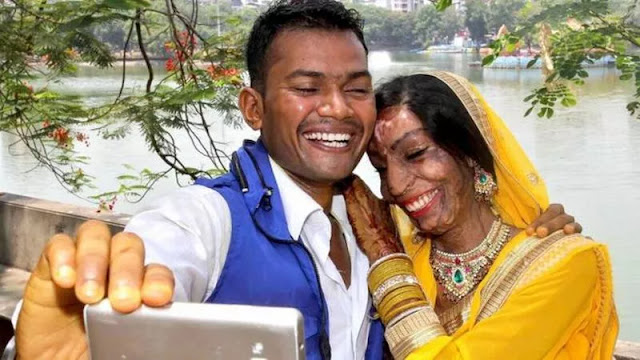 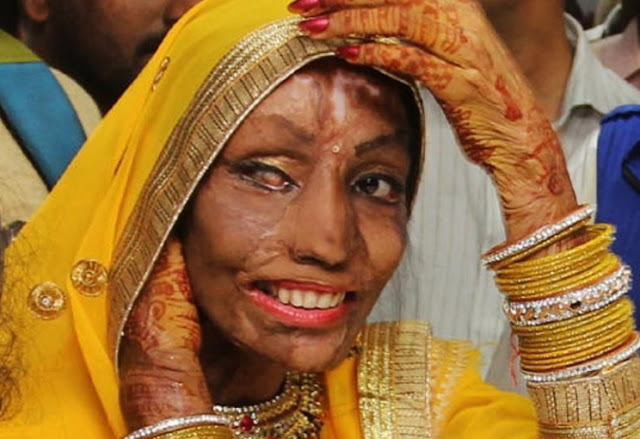 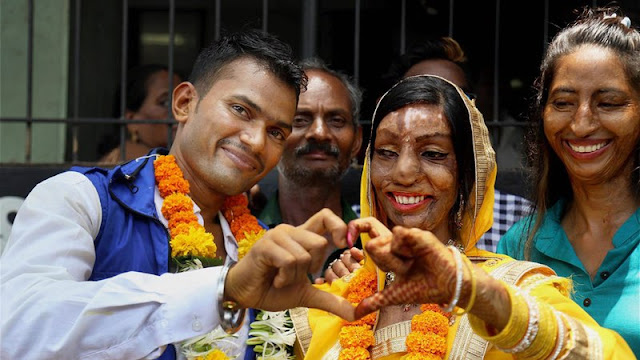 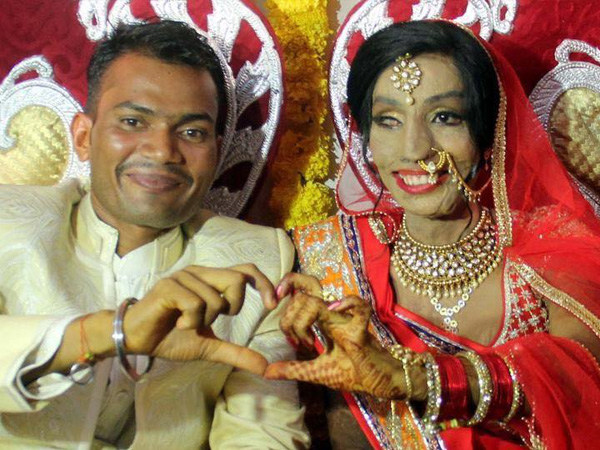 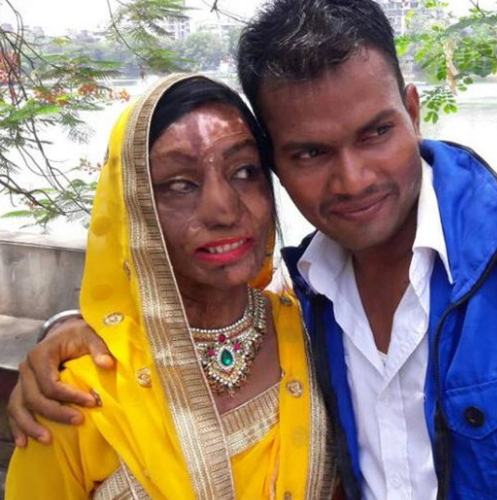 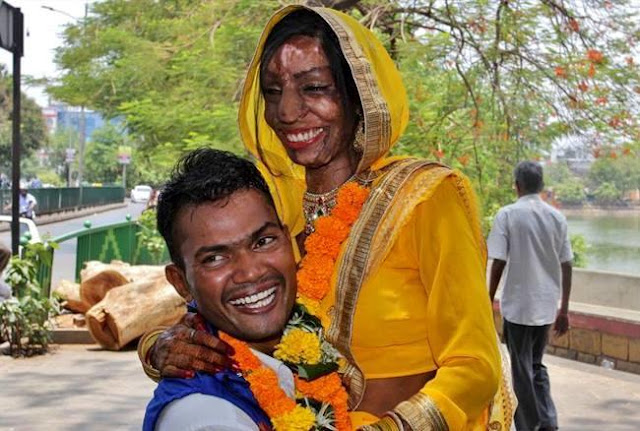