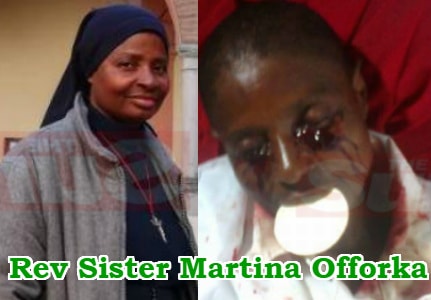 In the remote village of Ogbodu in Enugu Ezike, Igbo Eze North Local Government Area of Enugu State, the unthinkable is happening to a reverend sister. 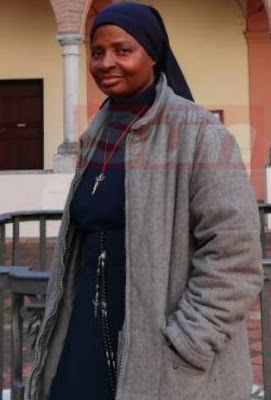 Reverend Sister Martina Offorka, a Catholic nun and member of the Religious Order of Virgins, is bleeding mysteriously on the feet, palms and eyes. Not only that, she is also seen with a host (Holy Communion) inside her mouth, claimed to have been given to her mysteriously as well.

According to findings by SATURDAY SUN, the sister who hails from Ifite in Anambra State has been having this experience for over half a decade now, especially during the Lenten period. “Since I started hearing about the sister, I have been hearing about her bleeding mysteriously in Lenten period,” an eye witness, Mrs. Jane Ugwu told Saturday Sun.

A visit to Rev. Sister Martina

Determined to get to the bottom of this mysterious happening, Saturday Sun set out on Wednesday on a tortuous two hours visit to Divine Wound Motherless Babies Home, Ogbodu Enugu Ezike, where Sister Martina runs a motherless babies home and a nursery/primary school. She is also said to run a prayer group which, our investigation revealed, prays for Priests and the Religious. This is also where the said mysterious bleeding usually occurs. 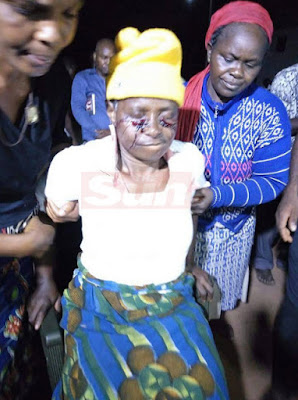 When our reporter arrived in Ogbodu, he discovered, much to his chagrin, that seeing Sister Martina one-on-one is as difficult as a camel passing through the eye of a needle. The sober, five foot Sister barely has time for herself, let alone talking to a news-hungry reporter. She was in a prayer mood and all efforts to see her that evening proved abortive.

Leader of her prayer group speaks out

Not ready to give up, our reporter traced the leader of the prayer group to his house in Amaobe village, Ibagwa Aka community in Igbo Eze South Local Government Area. 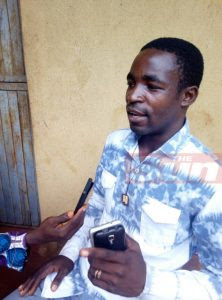 Evangelist Elisha Ayogu has been the leader of the prayer group for close to two years now, and he told Saturday Sun all he knew about the diminutive Catholic nun. He called her bleeding experience “Passion”.

“I’ve known Sister Martina Offorka for some years. Since I’ve known her, she has been experiencing this Passion. I came to know her well when I finished my school of Evangelism at Issieluku in Edo state. After my graduation, I went for prayer in her prayer group and continued attending prayers with them, until the group had a change of leadership and made me their leader. Since then, I have been coordinating the activities of the group.”

“It happens every Tuesday and Thursday during Lenten season. During that of last year, which was my first experience of being physically present, it took us by surprise. We were singing and praying when suddenly she handed over the microphone to me. She rushed inside her room and shouted, writhing in pain. Blood started gushing out from her feet, eyes and palms. I rushed to clean the blood from her body, but was prevented by other older members of the group on the grounds that it is not everybody that cleans the blood. According to them, the blood is not that of a human being or Sister Martina. But it is the blood of Our Lord Jesus Christ.” 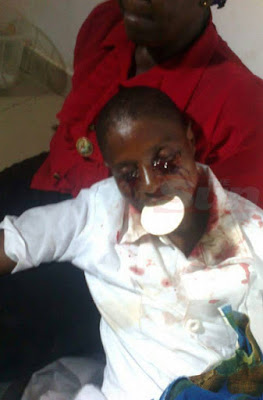 On the quantity of blood the nun might be loosing during the bleeding, the leader of the group said he could not estimate the quantity that flows out of out her during the painful experience.

“I cannot explain how much blood she looses during this painful experience. All I know is that during [the Passion], Sister Offorka gives out spiritual revelations which border mainly on repentance. She usually tells people that doubt the reality of the blood to test it clinically. But what surprises me is that when you sniff the blood, you will see that it scents like the altar wine. Another mysterious thing about this Passion, as experienced by Sister Martina, is that she does not transfuse blood to make up for the blood lost during the Passion. Neither does she take any medication for the pains she undergoes.” 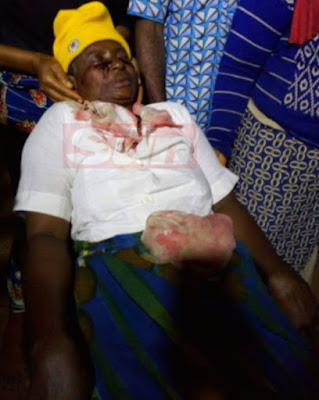 Asked what happens to the host (Holy Communion) inside her mouth during the passion, Evangelist Ayogu explained that “actually, the Holy Communion comes into her mouth on its own. Some people thought that it was the Holy Communion that was given to her during Holy Mass before the Passion that is inside her mouth; but, I tell you, it is not. For instance, during last year Lenten period, particularly one Wednesday, there was no priest to celebrate Holy Mass for us. The priests that were invited couldn’t make it and when we went to the Parish priest that night, he told us that he couldn’t make it that night. He told us that he would come in the morning by six o clock for the Holy Mass.

However, by midnight, Sister Martina started experiencing her usual Passion. By 5 AM, when I went to see her in her room before the coming of the Parish priest, I heard her saying ‘Amen’ like we usually say when Holy Communion is being given to us.

Evangelist Ayogu didn’t say what happens to the Holy Communion if it was kept inside the tabernacle. Is it later given back to the nun? Is it shared among the communicants? Or is it received by the priest? These are some of the questions agitating the minds of the public which the leader of the prayer group couldn’t provide.

In any case, despite all these questions begging for answers, the group has continued to grow in leaps and bounds, so much so that it plays host to thousands of both Catholic faithful and other Christians who come every week to ask for God’s favour through prayers.

Asked if the nun has at any time told him why she has been having such an experience, Evangelist Ayogu answered in the negative, but said that he has tried to find out through prayer the authenticity of the Passion, and the spiritual messages he has gotten so far confirmed to him that Sister Martina is a true child of God.

Reacting to this development, the Administrator, Nsukka Catholic Diocese, Very Rev. Fr. Dr. Eugene Odo told our reporter that, though the church has gotten the information about the incident, the Diocese is watching the claim of Stigmata (the technical Roman Catholic term for the experience) by the nun. 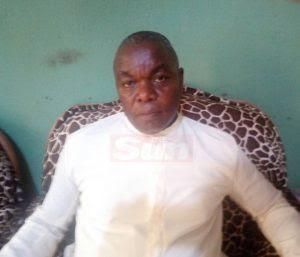 “We have heard about the case of Sister Martina Offorka who claims to be having such experience. The fact is that the church is still watching and praying about the claim. One thing about the Stigmata is that it is not the claim that makes one a Stigmata. Some who have such experience are declared Stigmata years after their death. Even Jesus Christ our Saviour, people started recognizing him after his resurrection. We are looking at a good life, not miracles. Miracle is not attestation to the good life of the person doing the miracles,” Fr. Odo said.

While confirming that such experiences are common in Catholicism, he explained that the Stigmata is a replay of the suffering of Jesus Christ on individuals, especially during Lenten season. He gave the example of Catholic faithfuls who have physically manifested the Stigmata like St. Padro Pio of Pitrelcina and, more famously, St. Frances of Assisi.