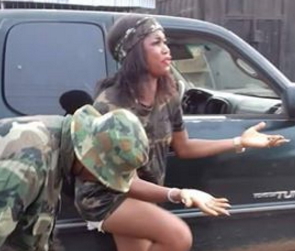 More details have emerged on a slay queen stripped by some officers for wearing a military camouflage.

The incident reportedly took place in Kano over the weekend.

According to eyewitnesses, the female undergraduate of Aminu Kano University was walking along the streets when some soldiers on patrol accused her of impersonating a military officer. She was immediately ordered to remove the outfit.

When she refused to comply with the soldiers instruction, an officer was forced to remove her camo pant.

The source who shared the photo on FB yesterday said it took the intervention of some women around the place before the officers could allow her to leave the place in a camo shirt. 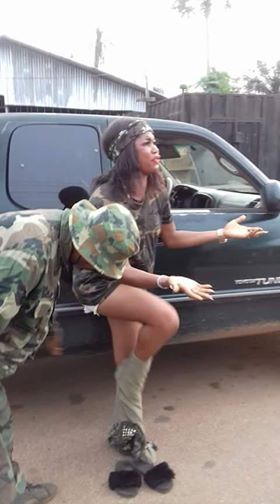 The source added that a provision seller around the scene of the incident gave her a wrapper she tied before calling a taxi to take her home.