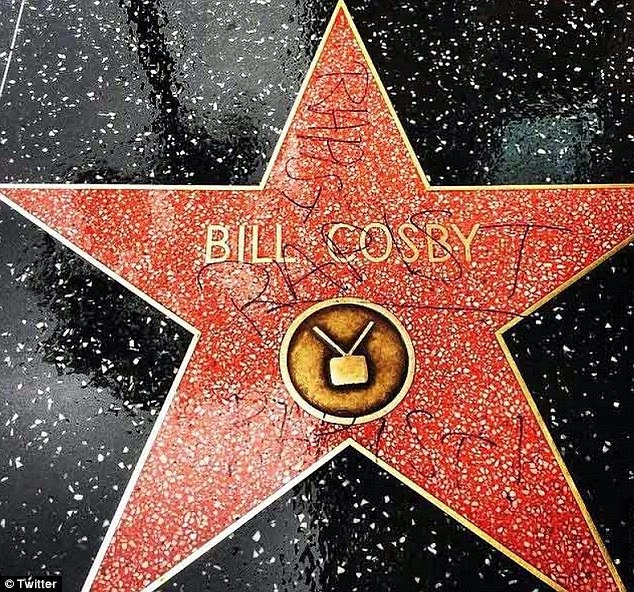 Hatred for comedian Bill Cosby is growing daily as more women are coming out to accuse the Hollywood star of rape.

On Friday, Bill Cosby’s Hollywood Walk of Fame star was defaced by unknown vandals who wrote the world “Rapist” three times on it.

In response to the vandalized fame star, the Hollywood Chamber of Commerce said:

‘When people are unhappy with one of our honorees, we would hope that they would project their anger in more positive ways than to vandalize a California State landmark. The star is being cleaned up at this time.’