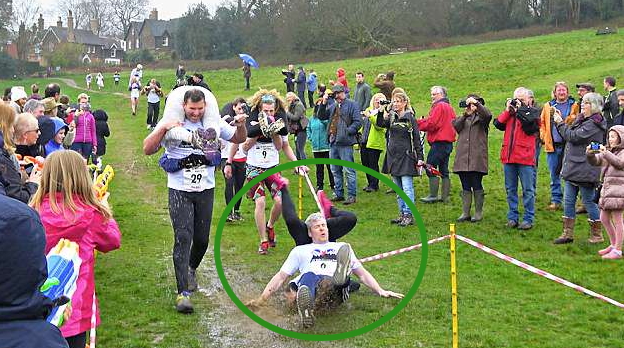 A 36-year-old woman, Mrs Burke is still recovering in hospital after her husband accidentally slipped and fell during a wife-carrying race that held in the UK few days ago.

Spectators of the annual event watched in shock as Burke’s husband, Chris tumbled during the competition in Dorking Surrey.

She was rushed to the hospital with torn ligaments and broken ribs. 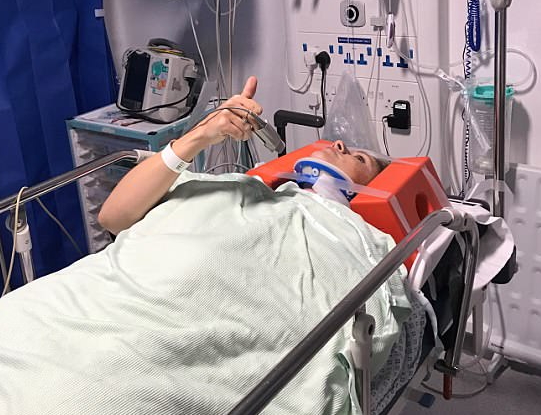 Before the tragic fall, her husband had entered the race without consulting with her. 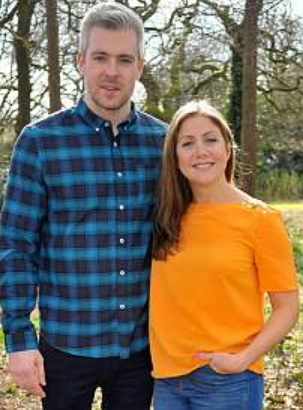 He later started doing weight training in order to be able to carry her successfully in the race which ended in disaster.

Oyinbo too like wahala… wetin be wife carrying race self…. #kikiki

Faeces Gush Out Of Man Stomach As Doctor Accidentally Cut His Small Intestine During Surgery In Imo State
Bonheur Ntwari, Australian Boy Who Made Fitness The Focus Of His Life Develops Monster Physique