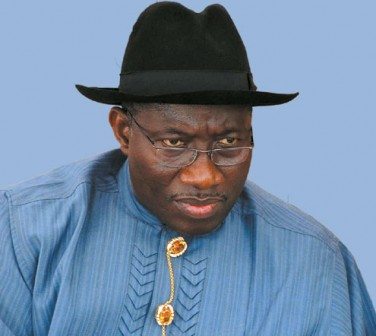 President Goodluck Jonathan has called on his Facebook friends to pray for the success of the reform initiatives his administration is putting in place. naijagists.com

Posted on his facebook page, Jonathan said that the initiatives were not only about the present, but for the country’s future too.

He noted that in May 2011, he signed the Freedom of Information Bill into an Act, and stated his commitment to run a transparent, open, sincere and accountable government.

The President said that his government would act within the rule of law and the protection of the country’s common destiny.

”In taking the commitment of transparency to heart, I gave my word to the Nigerian people that this administration would put in place policies, institutions and structures so as to ensure transparency in every sphere of our governance trajectory.

”I believe that the mandate Nigerians gave to me following the election that was acclaimed as free, fair and transparent is to do all within my constitutional powers for the good of our country.

”My dear friends on facebook, this administration has commenced a series of reforms in many areas including agriculture, power, energy, security, education among others.

”And I want to specially request your support in prayers so as to ensure the success of these initiatives,” he said.

According to him, regardless of the orchestrated distraction, he will continue to place national interest above partisan politics.

He called on those who might continue to view issues only from the prisms of partisan politics to take a break.

”Election campaigns are over, it is the season to deliver on good governance.

”In all the areas we have slated for reforms, we have, regardless of party, ideology or other interest, assembled and will continue to do so, very distinguished men and women of outstanding pedigree to carry out assignments in our nations interest.

”We must reward and call to service excellence and patriotism at all times,” Jonathan said.