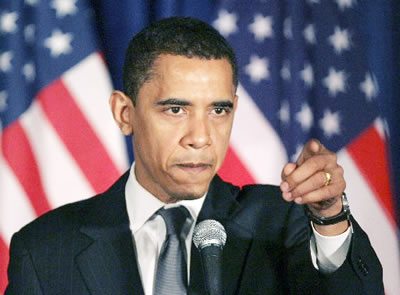 US President Barack Obama’s team responded to Clint Eastwood’s bizarre speech at the Republican Convention, mocking the actor and director for his attack on the President that featured an empty chair. naijagists.com

Eastwood, the surprise speaker at the Republican Convention, last night gave a rambling 12 minute speech – much of which was addressed to an empty chair and an imaginary Mr Obama.

This morning Obama’s official twitter feed released a picture of the back of the seated President, saying: “this seat’s taken.” The picture has subsequently already been retweeted over 24,000 times.

Roger Ebert, an influential American film critic, tweeted “Clint, my hero, is coming across as sad and pathetic. He didn’t need to do this to himself. It’s unworthy of him.”

Scheduled to speak for five minutes, Mr Eastwood held the stage for nearly 12 minutes, at one point asking the empty chair: “Mr President, how do you handle promises that you have made when you were running for election, and how do you handle them? I mean, what do you say to people?”

He continued his imagined conversation with Mr Obama, telling him that he had failed to deliver on his promises and that it was now time for Mr Romney and his running-mate, Paul Ryan, to take over.

Last night Mr Romney’s aides backstage were wincing as Eastwood’s speech stretched on, provoking fears his speech may have eclipsed that of Mr Romney’s.

Gail Gitcho, a Romney spokesman, said: “He’s an American icon. You can’t look at him through the same political lens that you would other politicians. He’s Clint Eastwood.”

Eastwood is a long-time Republic supporter. In 1986 he ran successfully as the Republican candidate for mayor in Carmel, the wealthy Californian town where he lived. However, he has attracted questions over his idiosyncratic political directions, which have included support for same-sex marriage and abortion rights.

In Mr Romney’s speech last night, the candidate finally opened up to the American people, admitting: “You need to know more about me”.

The former Massachusetts governor pledged to the party gathering in Florida that he would “restore the promise of America” by replacing Barack Obama’s hollow message of “hope and change” with job-creation and economic competence.

“President Obama promised to slow the rise of the oceans and to heal the planet,” Mr Romney, a former Massachusetts governor, said. “My promise is to help you and your family”.

However, after being urged for months to shed his wooden style and make a personal connection with voters, he overshadowed his sweeping political critique of Mr Obama’s record with rare visible displays of emotion as he spoke about his family’s “unconditional love”.

“All the laws and legislation in the world will never heal this world like the loving hearts and arms of mothers and fathers,” said Mr Romney.