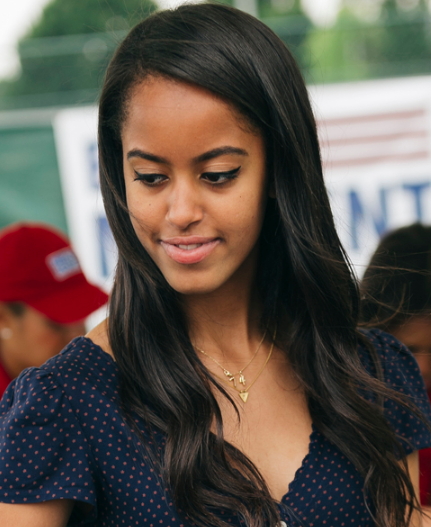 Singer Chris Brown has come after those slamming Obama’s daughter after she was caught smoking weed at lollapalooza. 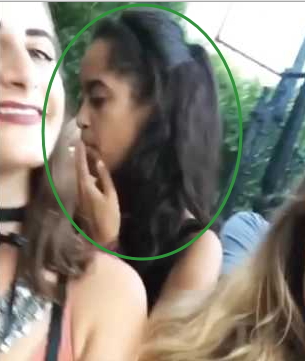 Though Obama is yet to officially address this damaging story of his daughter, however Chris Brown said there is no big deal in smoking weed. 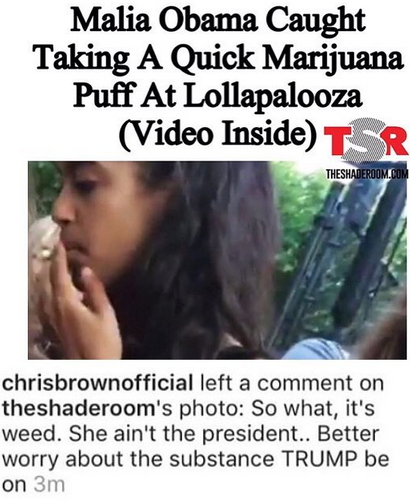 Watch the viral video of Malia smoking pot below 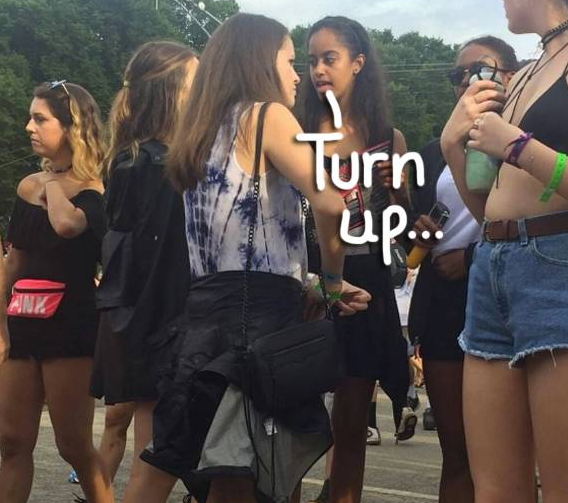 Show me your friends, I will tell you who you are… Evil communications they say corrupt good manners.

Obama has a lot of work to do on Malia before she goes out of hand.