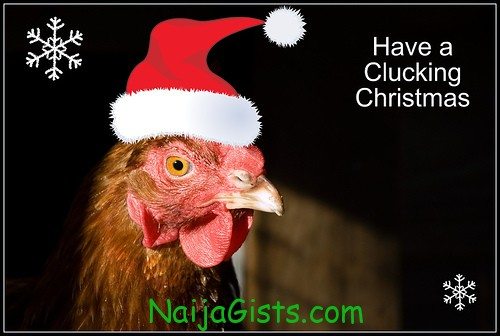 According to News Agency of Nigeria, the prices of Chicken in Lagos markets have increased as Christmas celebration approaches. naijagists.com

A cross section of traders in the Iyana-Oba Market in Ojo Local Government Area, who spoke with a NAN correspondent on Thursday, attributed the price rise to the increased demand for poultry.

She said the chickens were sold for between N1,000 and N1,200 before Yuletide.

He said he had bred the chickens for almost one year, insisting that the price was right.

Okafor said that he was selling a crate of eggs for between N900 and N1,000, depending on the size, as against the N600 and N800 they were previously sold

Continue Reading
You may also like...
Related Topics:celebration, Christmas, nigeria