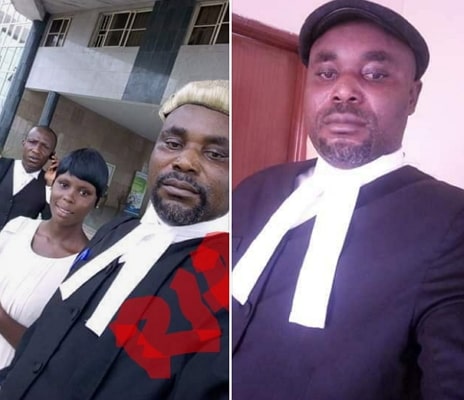 The preventable murder of a lawyer has sparked outrage among legal professionals in Bayelsa state.

The protesting lawyers agitated against the killing of one of their colleagues by armed robbers in Yenagoa, Bayelsa State capital.

The deceased, Pumokumo Abel Ozi, a member of the Human Right Committee (HRC), in the state, was brutally killed by suspected armed robbers on January 16.

Ozi was gunned down in broad daylight at Opolo along the Mbiama-Yenagoa road, a few meters from the Police Area Command.

The assailants were said to have followed him from a bank where he went to withdraw money and opened fire on him when he refused to honour their order to open his car.

The Marauders were said to have also shot his drive and the two other occupants of the car and snatched N2million he withdrew from the bank.

Angry at the development, practising lawyers in the state under the aegis of the Nigeria Bar Association (NBA), Yenagoa and Sagbama branches, marched the streets demanding justice for their colleague.

Dressed in black attire, the aggrieved lawyers took their complaints to the offices of the Commissioner of Police and the State Director of Department of State Services (DSS). They bemoaned rising insecurity in Bayelsa especially in Yenagoa, the state capital, saying the security agencies were not doing enough. 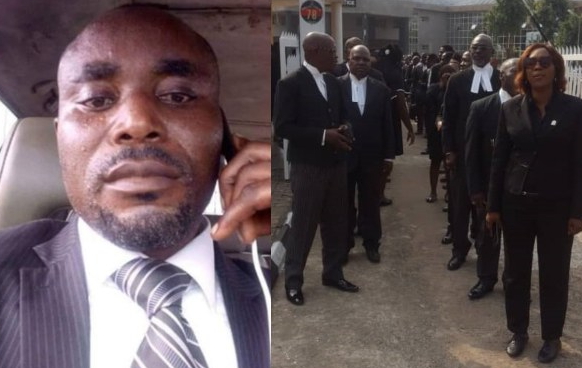 The lawyers urged security agencies to uncover the circumstances that led to the killing of Gberigbe colleagues and bring the hoodlums to justice.

The Chairman of the NBA, Yenagoa, Branch, Clement Buruboyefe, said the protest was against the general insecurity in the state including the killing of their colleague.

“As a body we had an emergency meeting and agreed that we would embark on a peaceful solemn protest to register our sadness over the death of our colleague and the state of insecurity in Bayelsa state in general.

“The purpose is to call on all security agencies, not just the police, but other stakeholders in the security of the state to beef up security, not just Yenagoa, but Bayelsa in general. “We have also pointedly called on the police to investigate and apprehend the killer of our colleague and bring them to book”.

Insecurity is not only in Bayelsa state, it is all over the country.

Female MFM Pastor Who Killed Ex Husband, Retired DSP Joseph Idehen Remanded In Prison With 3 Children
Ondo Woman Dies As 2 Warring Tenants Engage Each Other In Free For All Fight