Posted on October 28, 2017 by Naija Gists Leave a comment 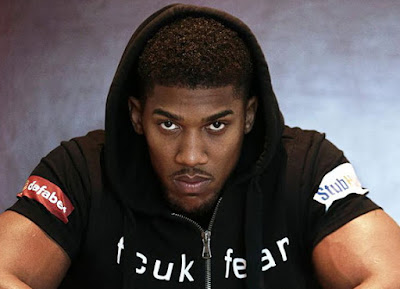 The sleepy town of Sagamu has become a beehive of activities wiith just few hours to the all-important showdown between Anthony Joshua and Carlos Takam as residents trooped out in their numbers to support their son in what they have dubbed a must win encounter.

The event, hosted by the Joshua family partnering with Kwese Sports had people of all ages and from all works of life congregate at the Pa Joshua Memorial Hall to see how their illustrious son dismantle willy Takam.

Sagamu holds a special place for Joshua as the heavyweight champion spent a year schooling within the vicinity during his teenage years. He has often stated that the discipline inculcated in him during his boarding house years in Sagamu made him the tough and successful boxer he has become today.

The heavyweight world champion faces Takam at the Principality Stadium in Cardiff on Saturday evening as he looks to retain the titles he fought so hard to win against Wladimir Klitschko.

With an anticipated crowd of 80,000 people set to gather in the Welsh capital, Joshua would not be blamed for feeling some nerves.

But judging by his Instagram snap, Joshua has not been struck by any fear ahead of that encounter.

He wrote as a caption to the social media photo: ‘Feeling fight day fresh #stayhungry’.

The Nigerian born British fighter came in at the largest weight of his career, a full stone heavier than Takam, contrary to promoter Eddie Hearn’s predictions.
Joshua commented when asked: ‘I don’t know what’s happened. I’ve been starving myself.

He has turned 28, but insisted: ‘I’ve never felt better and fitter in my life. ‘