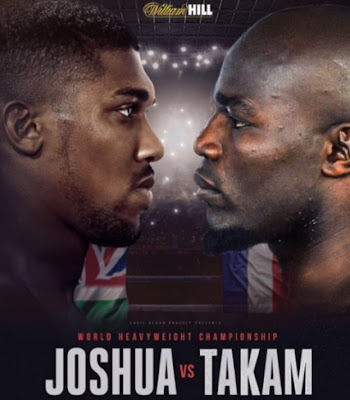 Boxing fans are willing to pay as much as  €24.95 to watch IBF and WBA ‘super’heavy weight champion, Anthony Joshua take on fellow African Cameroon-born Carlos Takam who has been stopped just once in 39 fights, by Alexander Povetkin on October 28 at the Principality Stadium,Cardiff. 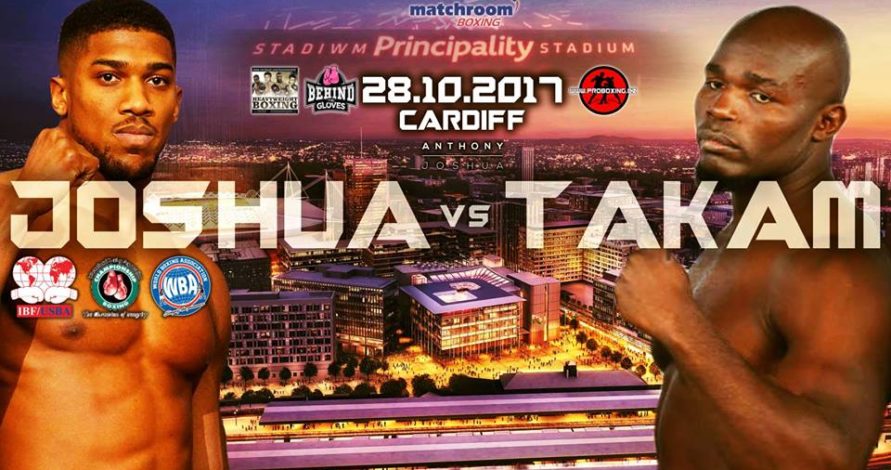 The France-based Cameroonian who was a late replacement for Kubrat Pulev however told skysports that he hopes to win the fight.

“It will be a proper fight.

“AJ is a good boxer who likes to box and I like opponents who like to come forward and throw punches. I like to get stuck in as well.

“I believe in myself. I never go into a fight thinking I might lose – I’m a winner, I like to win not to lose. 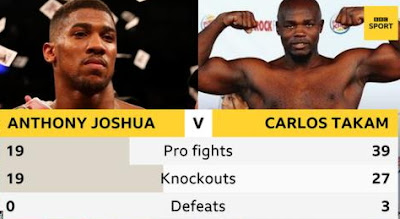 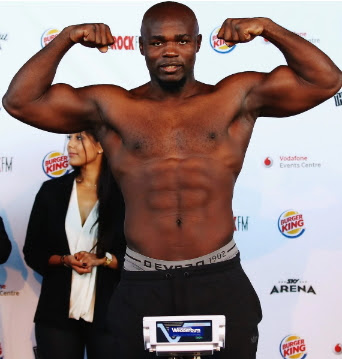 “It’s about what happens in the ring. It’s about me and him.”

“I’m going to stand in front of [Takam] and chop his tree down, because that’s what he does,” Joshua exclusively told Sky Sports.

As of October 2017, Joshua is ranked as the world’s best heavyweight by the Transnational Boxing Rankings Board and BoxRec.