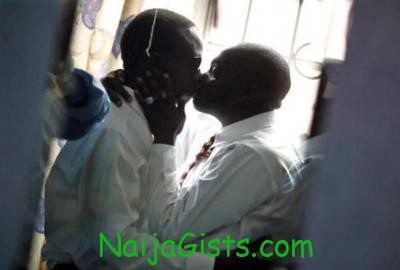 Amnesty International, on Tuesday echoed its call to Nigerian authorities to scrap a harsh bill that, if passed into law, would attack basic rights and criminalise relationships between people of the same gender.

Nigeria’s Senate passed the “Same-Gender Marriage” bill today. It will now go before the House of Representatives for approval, after which it will be sent to the President.

By broadly defining “same-sex marriage” as including all same-sex relationships, and targeting people who “witness”, “aid” or “abet” such relationships, the bill threatens the human rights of a large number of people.

“Nigeria’s House of Representatives should show leadership and uphold the rights of all in Nigeria by rejecting this reprehensible bill,” Erwin van der Borght, director of Amnesty International’s Africa Programme, said.

“If passed, this measure would target people on the basis of their identity, not merely their behaviour, and put a wide range of people at risk of criminal sanctions for exercising basic rights and opposing discrimination based purely on a person’s actual or presumed sexual orientation or gender identity.”

Amnesty International and other human rights organisations previously outlined a range of concerns over the bill’s potential human rights impact.

It would place a wide range of people at risk of criminal sanctions, including human rights defenders and anyone else – including friends, families and colleagues – who stands up for the rights of lesbian, gay, bisexual or transgender people in Nigeria.

Individuals could face imprisonment based on nothing more than their actual or assumed sexual orientation or gender identity, or stemming from allegations about their relationship status or consensual sexual conduct.

“This bill would have a chilling effect on a range of civil society organisations and events while inciting hatred and violence against anyone suspected of practising same-sex relationships, including lesbian, gay, bisexual, and transgender people,” Borght said.

“By aiming to single out and deprive the rights of one group of people, this bill threatens all Nigerians by violating the country’s Constitution and international human rights obligations.”