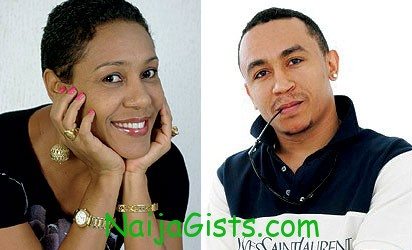 While Weekend Groove has reliably gathered that most of the popular on-air personalities are still shopping for what to wear, Cool FM’s big boy, Ifedayo Olarinde a.k.a Freeze and star actress, Shan George, were announced as the host of the event that will have Ambassador Segun Olusola, OFR, as the chief host.

Mr. Ferdinand Mmadike, spokesperson for the organisers, The Reality Entertainment, said: “The choice of Freeze was borne out of his current dominance on the airwaves and it is unarguable that Shan George, who majors in Mass Communication, is one the famous faces that cannot be ignored in the Nigerian entertainment industry.”

Among programmes  lined-up that will add glitz and glamour to the yearly event being organised by The Reality Entertainment are red carpet reception, live studio broadcast, command performances from top rated music stars ,humour merchants and other side attractions.

According to the organisers, Nigerian Broadcasters Awards 2011 is designed to celebrate and honour those who have contributed immensely to the development of Nigerian electronic media. naijagists.com