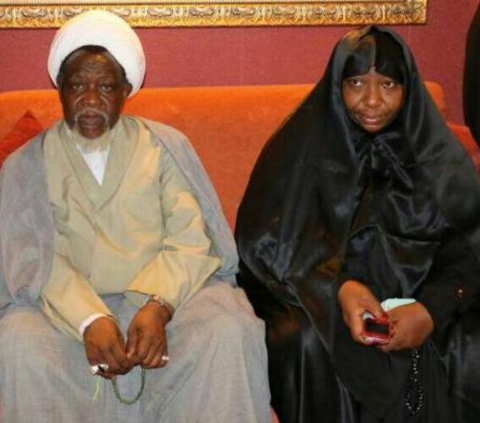 The 2billion Naira lawsuit Shiites leader Ibraheem El Zakzaky and his wife Malama Zeenat El Zakzaky filed against the Federal Government of Nigeria, the Nigerian army, COAS Buratai and two others has been dismissed.

The case was thrown out in a Federal High Court sitting in Kaduna yesterday over abuse of court proceedings.

The couple filed the lawsuit after armed soldiers invaded their home in Zaria, killing 3 of their children and injuring several members of the Islamic movement.

Justice Saleh Musa Shuaibu who presided over the case yesterday said the 34-paragraph affidavit filed by the daughter of the plaintiffs was not clear enough.

The deponent was questioned on why she was the one deponing to the affidavit instead of her parents.

Dino Melaye Loses Bid To Stop INEC Recall Process As Judge Rejects His Lawsuit
Fayose To Nigerians: I Will Become Your President In 2019 By Divine Intervention