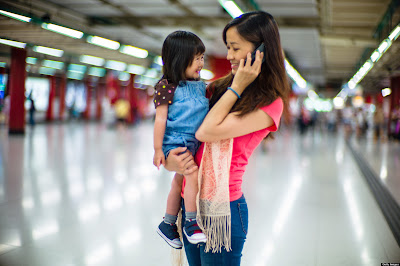 June 5, 2013 – Single, Unmarried Moms To Be Fined In China For Having Children Out Of Wedlock

Draft legislation that includes fines for unmarried mothers in a city in Central China has sparked controversy among experts and residents.

The Regulation on Wuhan’s Population and Family Planning Management, released by the city’s legislative affairs office, imposes financial penalties on unmarried mothers, including those who give birth to a child for a married man although she is aware the man is married.

The aim is to intensify family planning management and keep the birth rate at a low level, according to the regulation.

Authorities released the draft online on Friday and will accept public suggestions and comments until June 7. If approved, the regulation will replace similar rules issued in 2010.

The draft states that an unmarried mother must pay a fine equivalent to at least twice the average income in the previous year.

In many areas, the fine is equivalent to at least three times her average income for the previous year.

A health and family planning commission official for Wuhan, said on Sunday that the national and Hubei provincial regulations also disapprove of unmarried women having a child, although the punishment is not as clearly specified as in the new Wuhan regulation.

“Wuhan’s commission will take into account public opinion and submit the amended regulation to the people’s congress for approval before it can be carried out,” the official said on condition of anonymity.

Zhai Zhenwu, director of Renmin University’s School of Sociology and Population Studies, said having children without marriage registration is a behavior not protected by law.

“Imposing fines on the unmarried who have children is, in fact, a common practice that has been carried out in China for a long time,” he said.

Yuan Xin, a professor of population studies at Nankai University, said although the regulation is meant to check the number of children born out of wedlock, it fails to take into account the complexity of society and is difficult to be carried out.

“For example, the number of people who choose to be single has increased rapidly in recent years,” Yuan said. “If the regulation is carried out, such people will not be able to legally have a child, which is irrational.

“Besides, how can you define that an unmarried mother is or is not aware the father of the child is married?”

The regulation needs to be explained in greater detail before it can be carried out effectively, Yuan added.

“The regulation is ridiculous,” added Wang Qiong, a professor at Wuhan University. “What if a woman chooses to have a test tube baby without getting married? Should she also be fined?”