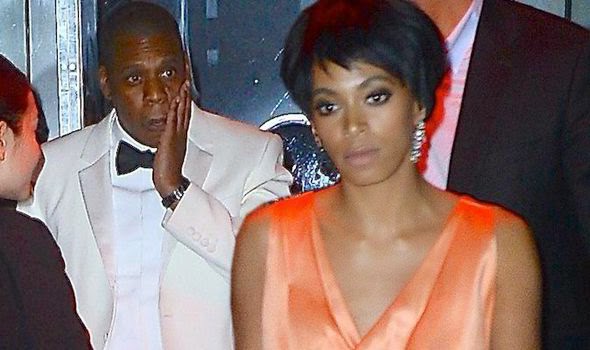 About 24 hours after news site, TMZ released the video of Beyonce’s husband, Jay Z being attacked by her sister, Solange Knowles, in an elevator at The Standard Hotel, feelers have emerged as regards what caused the brawl.

A Twitter user shared a screenshot of a tweet, apparently posted by Solange yesterday, allegedly giving her reason for attacking Jay Z. She later deleted it. From the wordings of the post, it appears Jay had been physically assaulting Beyonce and Solange was left with no choice than to defend her elder sister. 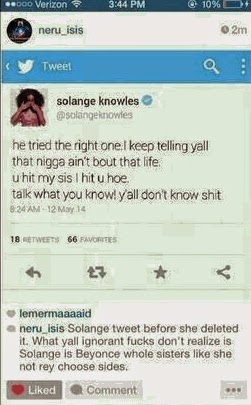 The video, taken from the inside of an elevator in Manhattan’s Standard hotel, was published online on Monday, May 12 by the California-based news outfit. The footage shows Solange Knowles lashing out at Jay Z while his wife, Beyoncé, stands by.

The trio were leaving a May 5 party after the Met ball in the Boom Boom Room, the Standard’s rooftop club.

Solange is the younger sister of Beyonce.