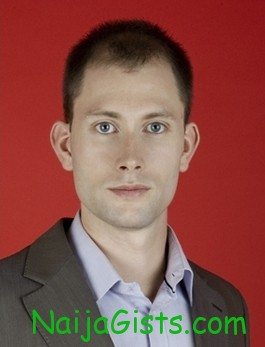 On Monday January 16, 2012, State Security Service agents allegedly forcefully made their way into the Lagos office of the Cable News Network (CNN) in an attempt to stop them from further ‘extensively’ reporting news of street protests around the country over the Fuel subsidy removal by the Federal government. naijagists.com

An official statement was then released on their website saying ‘three plainclothes officers left after a CNN staffer agreed to bring documentation to the local state security office later in the day’. CNN says there was nothing taken from the office neither was any staff detained.

The former CNN journalist Christian Purefoy was also detained while covering the protest going on at Ojota in the morning. He was later released.

‘Thanks all-detained & now released but remember i ‘ m not with CNN anymore, it was a Battabox.com detention (only 6 days after our launch)’, @purefoyAMEBO tweeted.

The British Broadcasting Corporation (BBC) which shares the same building with CNN responded to the ‘visit’. ‘We’re investigating reports that secret service have forced their way into CNN, BBC building in Lagos, Nigeria’, @BBCNewshour tweeted.

A staff member at the BBC office in Lagos however tells us that the SSS were not even aware they shared the same building with the CNN. Hours later, the BBC’s Communications Manager, News, Karen Rosine told Nigerian daily, The Punch that it had found out that SSS operatives did not enter its offices.