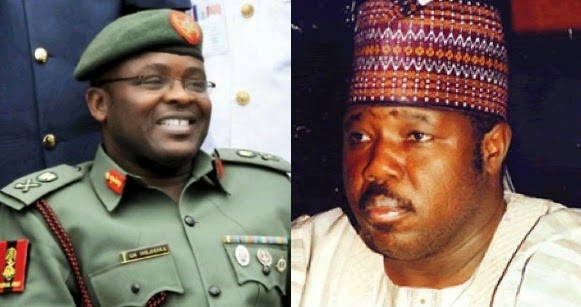 Nigeria’s Secret Police said it is currently investigating Alimodu Sheriff, the former governor of Borno state over an allegation raised by Australian negotiator, Stephen Davis that he is a sponsor of Boko Haram sect.

Marilyn Ogar, Deputy Director, Public Relations of the DSS, stated this on Friday at a news conference.

Ogar also said that other allegations made by the Australian negotiator, Mr Stephen Davis, over sponsorship of the sect by some individuals were being investigated.

“As for the former governor, he has been invited twice by this service and the service has also invited him again,” she said.

The DSS spokeswoman, however, defended former Chief of Army Staff, Lt.-Gen. Azubuike Ihejerika, saying that it was uncharitable to accuse the ex-army chief of sponsoring the sect.

“I would want to say here that it is absolutely uncharitable for us as Nigerians to reward somebody who laid his life in pursuing this people – insurgents.

“During his time, the military succeeded in bringing down activities of insurgents in Kano, Okene and other parts of Nigeria to a halt and pushing them to Sambisa forest.

“To say the same man, because he is no longer in service, is sponsoring Boko Haram is a wicked thing. That should not be the way we reward people who laid down their lives to provide a secured environment for us,” she said

What is the outcome of the previous investigations about Ali Modu Sheriff and Senator Ndume. Something is not adding up here.

One day God will expose all of una.