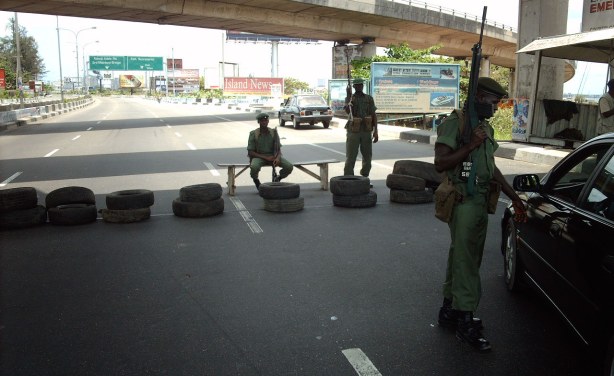 2 people died today in Damaturu, capital of Yobe at a military checkpoint on the outskirts of the town.

According to locals, the checkpoint is on a major highway that connects the city with Borno state capital Maiduguri. The road and villages along it are frequently hit by bombs or raids by suspected members of Islamist jihadi group Boko Haram.

“We were stopped by the army at a checkpoint. There was an SUV (sports utility vehicle) about five cars away from us. I believe two people were in that car … One came out and suddenly there was a loud sound and smoke filled the air,” Ahmed Mohammed, who was driving towards Damaturu from Maiduguri, said.

2 bodies were recovered from the scene while 3 victims were rushed to the hospital with serious injuries.