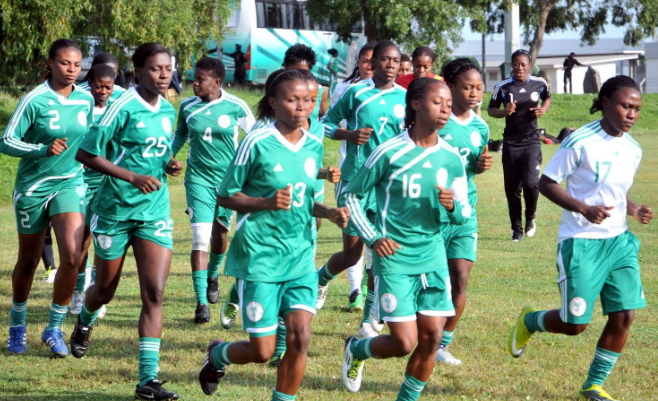 A top member of the ‘ring’ told our correspondent that they related with many Nigerian players especially those who had represented the country at major junior international competitions who showed enthusiasm to dump the country and feature for other nations at the senior level.

The official, who also represented the country at the highest level, said many younger generations of women footballers had lost interest in representing the country following the shabby treatment of female footballers.

“I am sorry to inform you about what we are planning women which is to take many of Nigerian players to other African countries,” the former footballer who represented the country at the World Cup said.

“Countries like Equatorial Guinea and Congo DR are serious about women football and have requested we facilitate movement of talents from here to their countries.

They are tired of the way the game is run here, some of us who are based abroad are unhappy that we do not have functional league, there is no plan for the future of these kids and we feel we can chart a brighter future for them with this arrangement.”

Meanwhile, Nigeria Football Federation should be ready for mass retirement of Super Falcons players following the bonus row between the two parties. Several top players in the team told Saturday Telegraph they would throw in the towel as soon as the dust over the bonus row dies down. “We know the NFF is going to victimise us after what we did but we are ready for them,” a striker who did not want her name in print said.

“Many of us have resolved to retire at the same time, we are not going to do this in our own interest but we have the duty to safeguard the future of next generation of players.”

“We won’t wait until they disgrace us out of the team for our role in the bonus crisis, we will leave the squad for them and let them spend another three years building a new side,” another player who is based abroad, said.