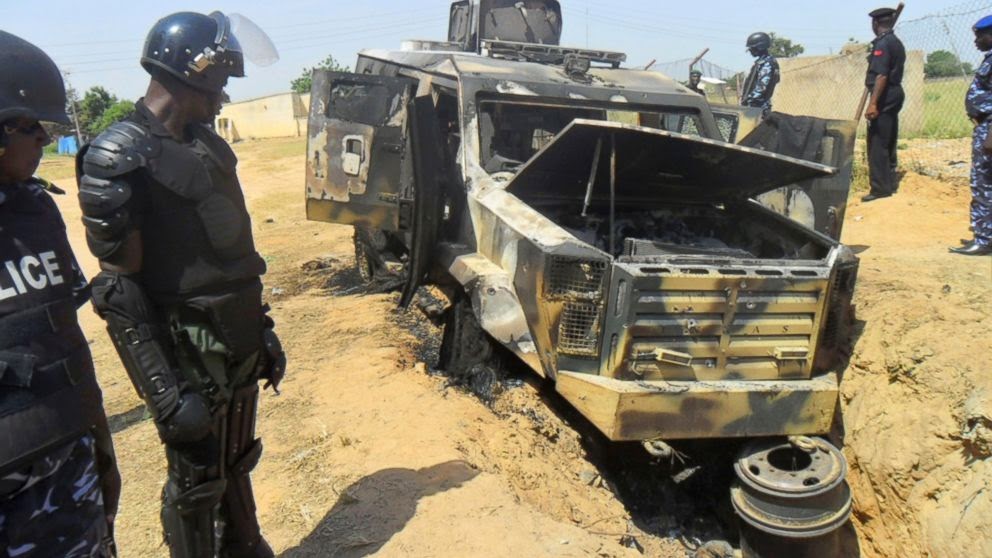 The day started like any other until it was not. My brother was an officer in the Nigerian Army and everyday we prayed that he would survive. He was my eldest and only brother, and had stood in for both my parents since my mother died 2 years ago. I was the youngest and never knew my father.

First, my sister called and told me our brother’s latest assignment that put him face to face with the terrorists and something was wrong. I couldn’t believe it and dialled my brother’s line immediately.

A stranger picked the call and told me he was JTF officer. I told him I wanted to speak to the owner of the phone and he hesitated.

Then he said; “Didn’t you hear what happened to him?” he asked me.

“What happened to him?” I screamed at him, but he dropped the phone.

My sister Chinwe called back again and told us Aji was shot and wounded but was still alive and that we should just be praying for him.

My husband called his line and I heard him asking the officer repeatedly if it was fatal. He ended the call and told me he was only injured.

It was mummy Victor, Aji’s wife that called that night and told me the truth. She wanted to know if I knew that bokoharam killed my brother. I told her it was a lie and she said that I could believe whatever I like, but that he died at the spot and has been taken to the mortuary.

With those few words she tore my universe and the sky caved.

It was sheer survival instinct that made me so determined not to give in. I never fought for anything in my life the way I fought for survival in days following the day Aji was killed. I give all the credit to God.

There were so many questions. It was painful enough that my brother was dead, but unbearable to imagine that someone actually pulled a gun and killed my Hero, for no reason, no reason whatsoever. We lost our mother when I was just 14 but it wasn’t this painful.

There were so many questions but I was determined not to ask any. I looked up to God with tears in my eyes and he gave me comfort, comfort, so much comfort. I asked God for just two things, One, that I will always have his spirit around me whenever I begin to miss him; it just has to be possible somehow. Two, that I should be granted the favour of beholding my brother in paradise, the moment I breathe my last.

Before this time I was not afraid of anything, including death. I actually looked forward to the day I will die. I had planned to serve him, enjoy life and do whatever he wanted me to do quickly so I could be free to die by say age 45 or 50. I didn’t want get as old as to become unproductive and dependent on other people, it would so boring and I didn’t want that.

If God, who alone know what Aji meant to me, in his infinite wisdom thought it right to take him and leave me alive , then that purpose for which he wanted me alive must be real important to him, and I became determined to stay alive , fulfil destiny so that when I die and get to heaven, seeing Aji again would be for me a deserving reward