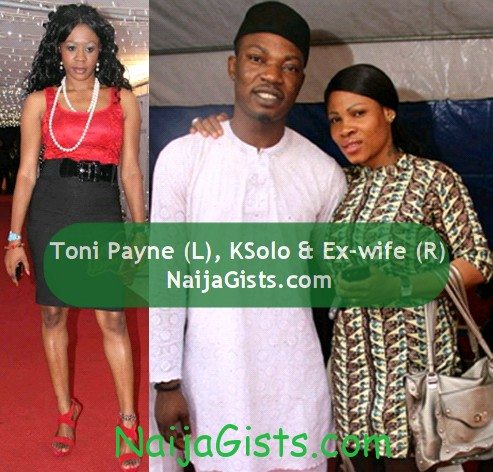 Last week Kikelomo excitedly announced her baby delivery via her twitter page and within hours of her announcement, KSolo released a message blasting Kikelomo and her fans over the child.

He allegedly disowned the innocent child.

Today, Toni Payne who appeared upset over the issue sent a message across to KSolo:

In her own words below.

No matter what is going on between u and whomever. U never let it extend to an innocent child. Ksolo! FAK!!!
As in! I’m perplexed. Utter disrespect that absurd people are even congratulating for what?
Immaturity, wickedness of the highest order
My last two retweets! one day that child will grow up. Let’s hope his words remain the same
I wouldn’t wish my worst enemy go thru wo that lady is going thru immediately after giving birth. S**! Have some d…. compassion!
Ksolo should stop insulting our intelligence. That picture I saw with blood all over her face isn’t MAKEUP!! Own up and get HELP 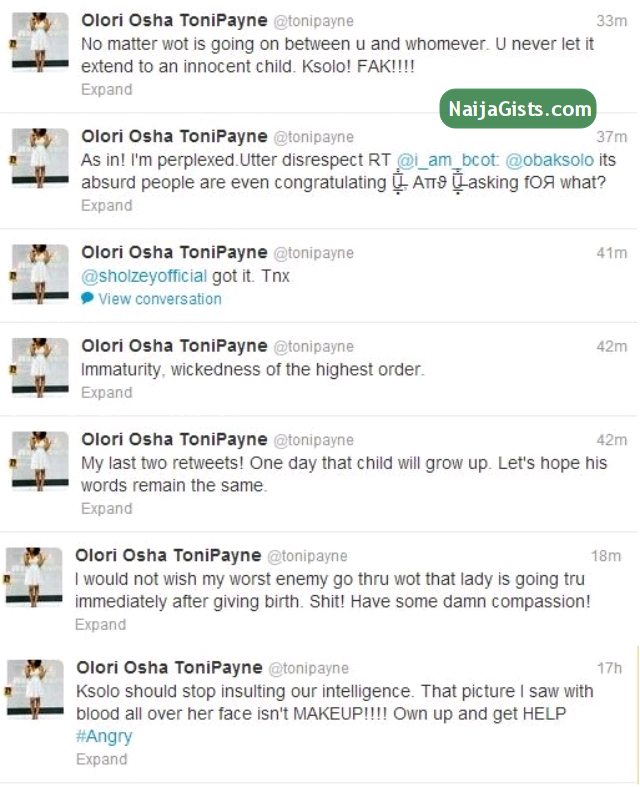