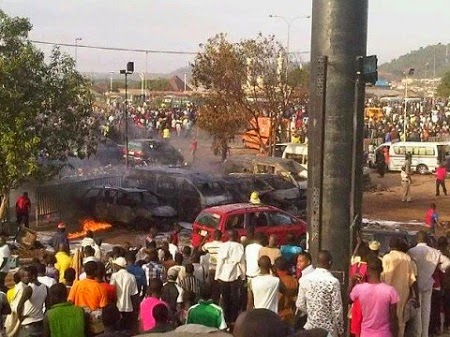 Terrorists have attacked Biu town again less than a week after a suicide bomber killed several shoppers at a popular market.

According to area residents, triple explosion went off at Yamarkumi area along Maiduguri road killing an unspecified number of people. It happened around 12:50pm today.

“There were three bomb explosions now in Biu at Yamarkumi along Maiduguri road. We are trying to get to the place now,” residents say.

Residents also confirmed that rescue teams are currently evacuating dead bodies as at the time of this report.